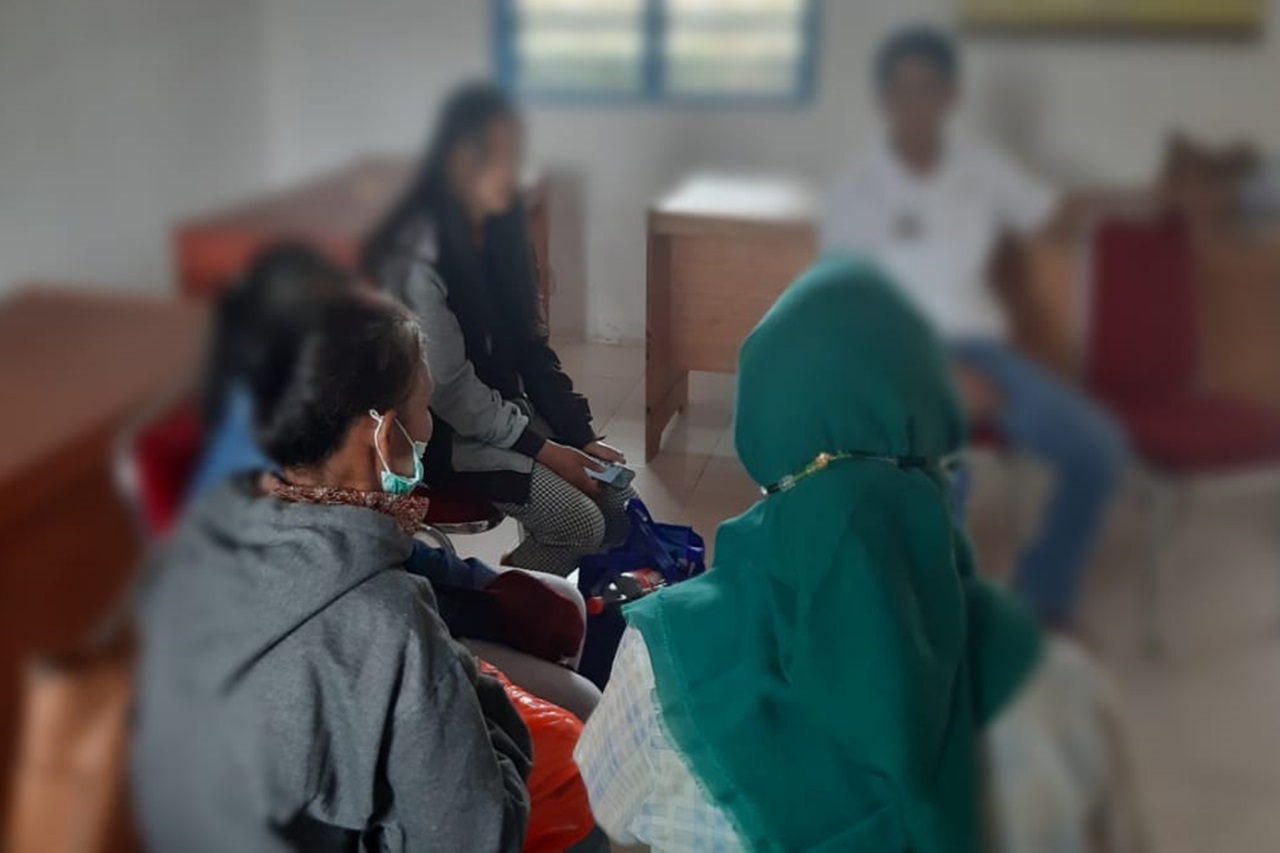 NORTH TORAJA (April 2, 2021) - The Ministry of Social Affairs, through the "Toddopuli" Makassar Children Center, conducted a case response for child victims of sexual abuse committed by their own biological father in North Toraja Regency.

From the results of the assessment conducted by the Sunniati, a Social Worker, victims of VT (11) and Ag (18) who were molested by their own biological father, MT (53).

According to VT, this sexual abuse has occurred since 2020, VT was molested by his father when their house was quiet and only the two of them were in the house. The victim's mother was working in the garden. Meanwhile, AG was molested when he was 6 years old. The two victims did not dare to tell anyone because they were afraid.

Upon hearing the confession from her children, Rupina immediately reported the incident to the police.

Getting a report from Rupina, the perpetrator was finally arrested and detained at the police office. The perpetrator MH (53) admitted that he had molested her daughter once because the house was very quiet. The condition of their house is far from the neighbors so that no one knows about the incident, including the local village head.

From the results of the assessment, it can be concluded that the victim was traumatized, became less confident and afraid. So social assistance and psychologist assistance were carried out to get rid of their fear and trauma.

Rupina hopes that law enforcers can provide appropriate penalties for crimes committed by the perpetrators, she also hopes for assistance from Social Workers or Social Work Service Unit (Sakti Peksos) during the trial, as well as financial assistance/transportation costs if there is a call for a trial process considering the very distance of their homes, far from the city, so they have to pay huge transportation costs of IDR 300,000 - 500,000 for motorcycle taxi costs.

The two victims agreed to be referred to the "Toddopuli" Makassar Children's Center after participating in the entire trial process as witnesses.

On the same occasion the Head of Sub. Administration Division, Sutimbul also provided ATENSI assistance to victims in the form of basic fulfillment of children, namely rice, milk, foodstuffs, and personal hygiene tools witnessed by the Social Service Office, Sakti Peksos, and also the victim's mother.