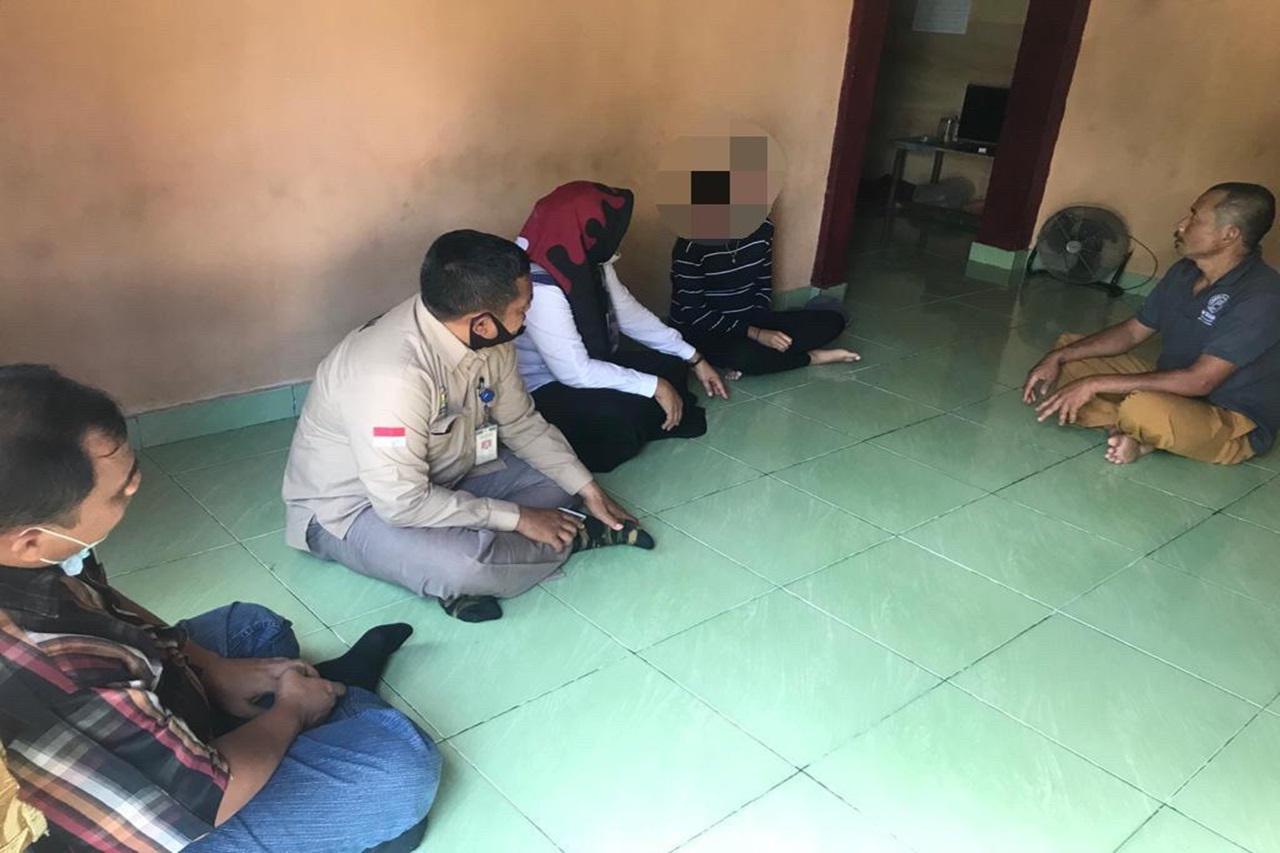 BATANGHARI (April 13, 2021) - The Ministry of Social Affairs, through the Alyatama Children's Center, deployed a case response team to save two siblings who were survivors of sexual crimes and neglected biological mothers in Mestong Village, Batanghari Regency, Jambi Province.

"I hope the perpetrator can be punished following the actions that have been done to Melati," said Melati's father.

When met at her house, Melati admitted that she was confused about the condition of her pregnancy when she was still a teenager. Gloom is clearly visible from the look on Melati's face. The teenager wearing the black striped shirt seems to be able to answer questions from the Social Worker.

Based on the results of the assessment conducted by Social Workers, Melati and Mawar had long since been left by their biological mother. Information obtained from the family, the biological mother is in Purworejo, Central Java. Melati and Mawar live with their biological father, who is currently suffering from bladder disease. Melati's father's illness made it difficult for him to work with heavy loads. To cover their daily needs, Melati helps her father to work by entrusting Mawar to a neighbor.

"Missing you mom, I want you to come back here again," said Mawar softly with a sad face.

The absence of the biological mother in the family certainly affects the psychological condition of Melati and Mawar. Especially Mawar, who is still 5 years old, really needs a biological mother figure who can care for her and give her complete love.
"Alyatama" Children's Center social worker, Maizon Hendri, stated that the two children had to be secured to the Center. The siblings are still young and need to get psychosocial assistance. Especially for Mawar, who witnessed the intimate relationship between her sister and the perpetrator, it is feared that it can have an impact on her memory and personality in the future.
"We asked for your permission to bring Melati and Mawar to the Center. Apart from accompanying the ongoing Melati case, these two children also need examination and assistance from professionals at the center. The hope is that they can escape the frightening shadows of sexual crimes and be neglected by their mothers,” explained Maizon Hendri.