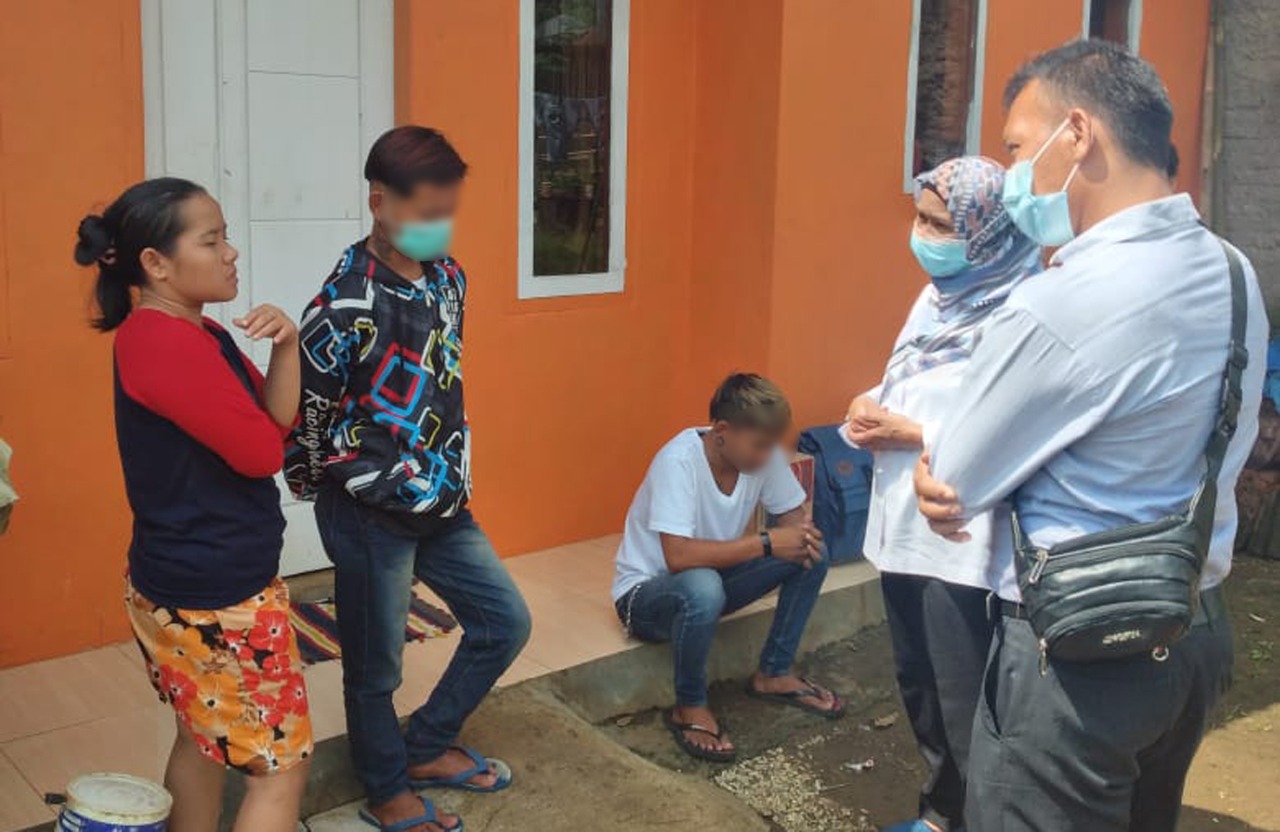 TASIKMALAYA (12 April 2021) - The Ministry of Social Affairs through the "Galih Pakuan" Bogor Resident Center followed up on the results of the assessment and observation of three punk children from Tasikmalaya. This is following the direction of the Minister of Social Affairs regarding the handling of the punk child phenomenon.

The follow-up assessment was carried out as an extension of the previous screening results which stated that If, Ra and Re misused Mextril benzodiazepine, with the category of moderate use.

The results of further assessment using the University Rhode Island Change Assessment Scale (URICA) instrument showed that If and Re conditions were in the contemplation stage, which was marked by a statement from them that they were indeed in a situation of substance abuse problems and needed help.

A different condition was seen in Ra, who was still in the pre-contemplation stage. Ra still feels that his drug abuse behavior is not a problem and he doesn't need to get help.

Furthermore, the social worker of "Galih Pakuan" Resident Center held several meeting sessions with If, Ra and Re. One of the social workers in charge, Mulyana, revealed that what they need now is to strengthen their motivation to change their negative behavior and foster a commitment in themselves to start planning a better future, one of which is an entrepreneurial development plan. "They basically want a better future, entrepreneurship development can be a way to help them not return to their negative behavior," said Mulyana.

Based on the results of screening, assessment, and several sessions of meetings and observations, on Monday, April 12, 2021, If, Ra and Re were sent home to their families in Tasikmalaya. Identification of the risk of substance use that is at a moderate level is one of their considerations to be returned to the family, while remaining under the guidance of the Tasikmalaya City Social Service.

The Head of the Social Rehabilitation Section of the Tasikmalaya City Social Service, Ningning Rukmini, expressed her gratitude for the attention given by the Ministry of Social Affairs through the "Galih Pakuan" Bogor Resident Center regarding the handling of the phenomenon of the punk child in the Tasikmalaya area. "Hopefully we can still work together and cooperate with "Galih Pakuan" Resident Center regarding business development plans for the punk child community in our area," said Ningning.
Furthermore, the Social Workers of the Galih Pakuan Bogor Resident Center took If, Ra, and Re back to their respective families. If's mother, Robiah, expressed her gratitude to the officer from Galih Pakuan Resident Center for delivering her child. "I thank you for the attention that has been given to my child, as a parent of course I want my child to be a good child, have positive activities, work, be independent", said Robiah when she received her son's return home.
Currently the Galih Pakuan Resident Center is still coordinating with the Tasikmalaya City Social Service regarding plans for further cooperation in handling the phenomenon of the punk child community in the region.