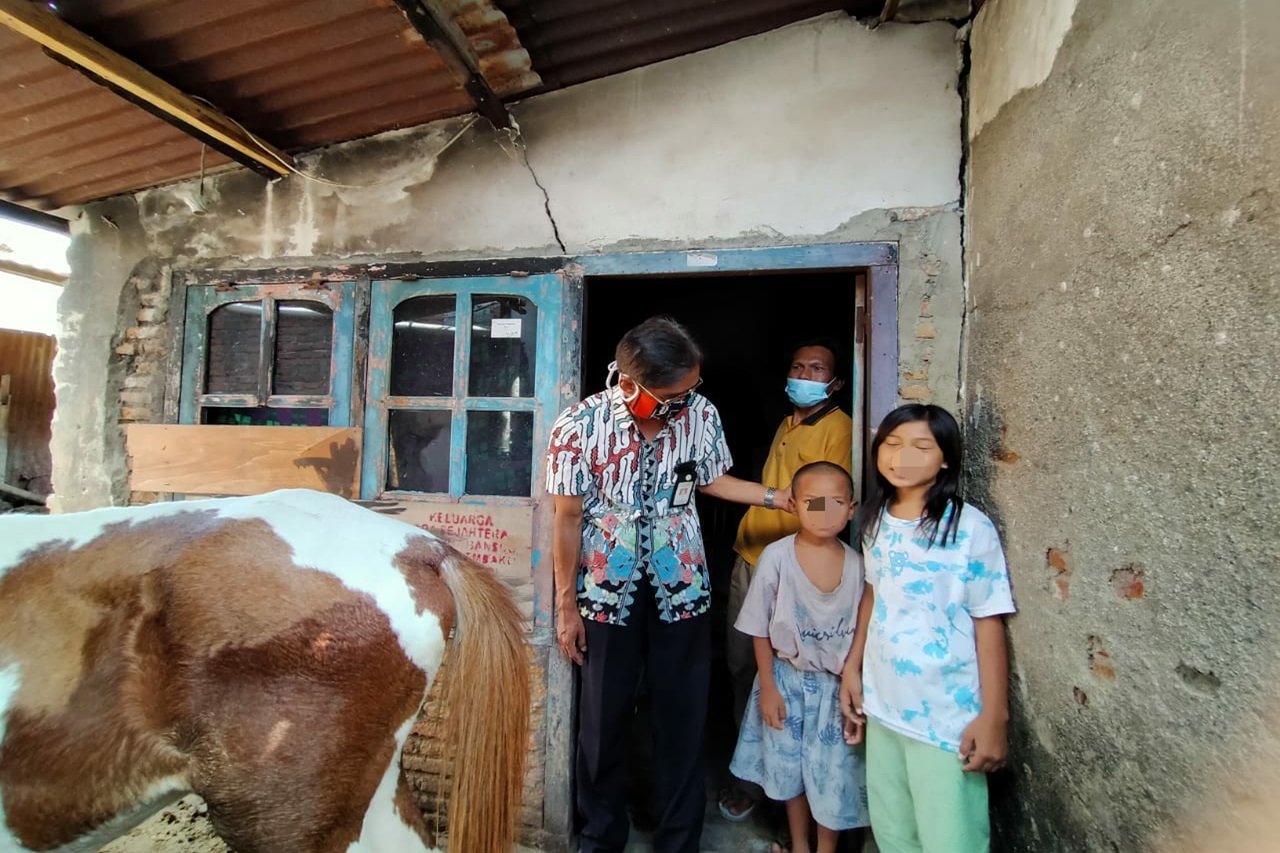 The topic of the case conference discussion began with the delivery of the chronology of a child named Mas Rio (MR / not his real name) who was referred by the Mataram City Social Service to the “Paramita” Children's Center on Friday, April 16, 2021. MR was referred because he was caught begging at the Ampenan intersection, Mataram City. Two years ago, MR was also arrested at the same place by the Social Task Force for the Social Service of the Mataram City.

Samsul Hadi, Head of the Social Rehabilitation Service Section of the Children's Center "Paramita" said, "on MR's confession, he begged because his father often asked him for money to buy food. He has lived with his father since his parents separated 4 years ago. It did not stop there, MR's younger brother named Anak Sholeh (AS / not his real name) was also invited by MR to beg at the same location. Therefore, our visit here wants to discuss this issue which is considered quite complex and requires immediate handling. "

Following the direction of the Minister of Social Affairs, Tri Rismaharini, that Center must respond quickly to social problems found in the community. The “Paramita” Children's Center team in Mataram went into the field to ensure that children received the best possible service through ATENSI and provided complete services, so that the root of the social problems faced by the family and solutions to solve the problems were found.

The Social Worker of the "Paramita" Children's Center in Mataram, Radityo Bimo conveyed the results of his assessment, he said that "the relationship between MR and his two younger siblings is very close, but not with his father, the condition of the underprivileged family requires them to sleep in the same bed. FT, the youngest sister who is a daughter becomes vulnerable when sleeping with her father without a mother among them. "
Bimo added, "what we have done is motivating by social workers so that children want to continue their schooling and not return to living on the streets, besides that the Paramita Children's Center and the Mataram City Social Service will ensure that their children and younger siblings will go back to school."
Head of Mataram City Social Service, Indra Bangsawan said, "Thank you for your attention to help us, helping our children who have not been fortunate."
Furthermore, the team followed up on solving economic problems in the MR family in coordination with the Mataram City Family Hope Program (PKH) Coordinator. MR families have been recorded as beneficiaries of PKH and BPNT assistance. However, MR's biological father could not take PKH assistance himself so it was often taken by other people.
After coordinating with several parties at the Mataram City Social Service, the Paramita Children's Center team, accompanied by MR's biological father, conducted a Home Visit to MR's residence and family. Suddenly the team was shocked to see the family's house, the condition was very poor and less livable. The child lives in a tenement with a size of 3x4 m2. In front of the child's house, there is a horse stable and the droppings can smell from inside the house. This certainly triggers health problems for MR and the family.
At the end of the visit, the team conveyed the plans to be carried out by the "Paramita" Children's Center in resolving these social problems, including Providing ATENSI program in the form of Fulfilling Basic Needs, Needs for School Supplies, and proper mattresses. Besides, the team will also provide accessibility to get an identity for younger siblings who do not have an identity number. Registering MR to schools to get their educational rights.
Not only that, the team also took the initiative together with community members to do community service to clean the front of the client's house which was already filled with horse droppings that could be a source of disease, and to move the horse stable so that it would not be dangerous and would not smell for MR's family.