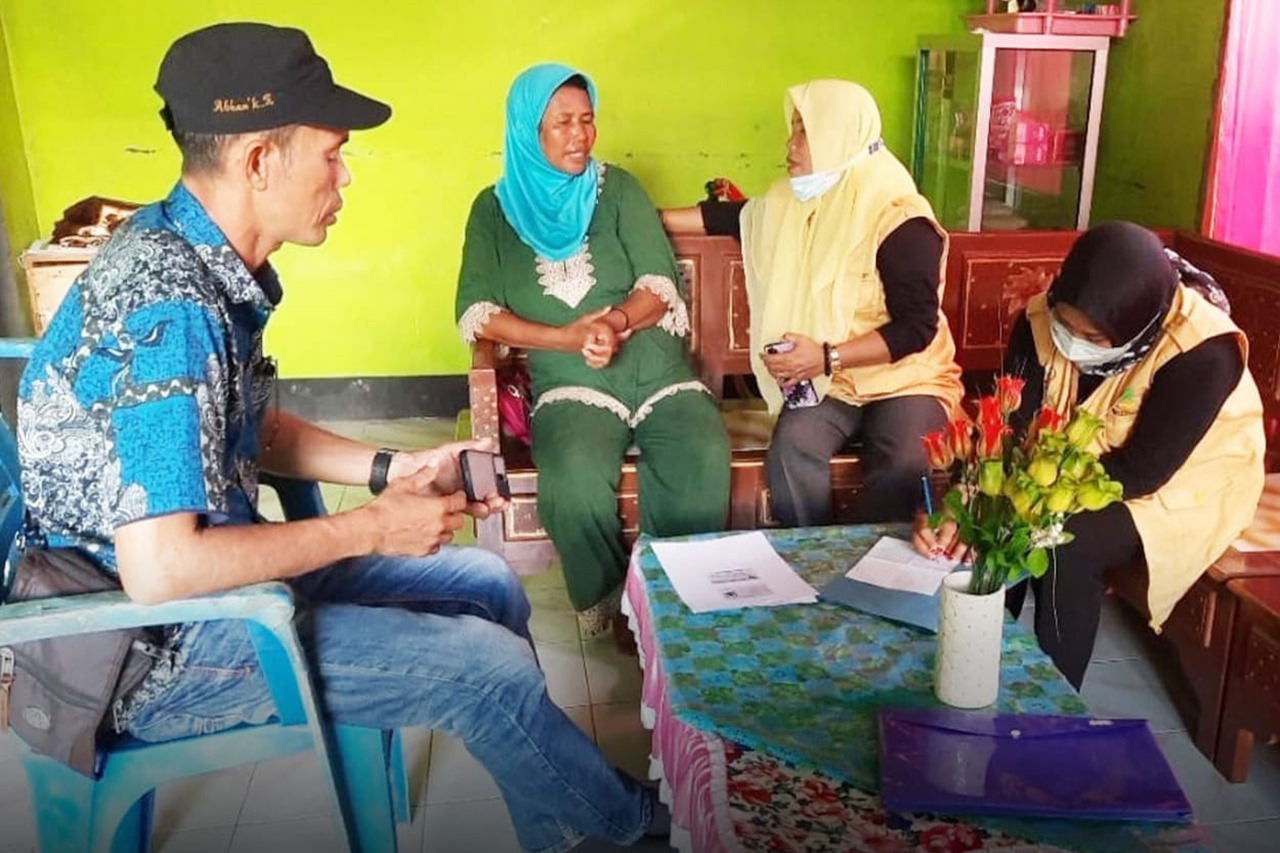 The case response was carried out to the beneficiary (PM) M, a 29-year-old male who is a person with a mental disorder (ODGJ) who experiences stocks in Tual City and PM. And K is a 36-year-old woman who is currently being treated at RSKD Ambon.

The assessment was carried out by the Center’s officers, Hermawanty and Emy Kaimuddin, accompanied by the Head of the Tual City Social Service along with the ranks. The officer told the family that M had been experiencing auditory hallucinations since 2012.

"While watching TV M suddenly came out like someone was calling," said M's mother. In 2013 M's condition began to appear suspicious and angry towards everyone. He often beats and injures himself. "From that moment on, we tied M's feet so he wouldn't lash out at people in the house," added the mother.

The Head of the Tual City Social Service, Mansur Latar said that K had been referred to RSKD Ambon first, while M was still in preparation. "While processing BPJS while waiting for the ship to Ambon," said Mansur.