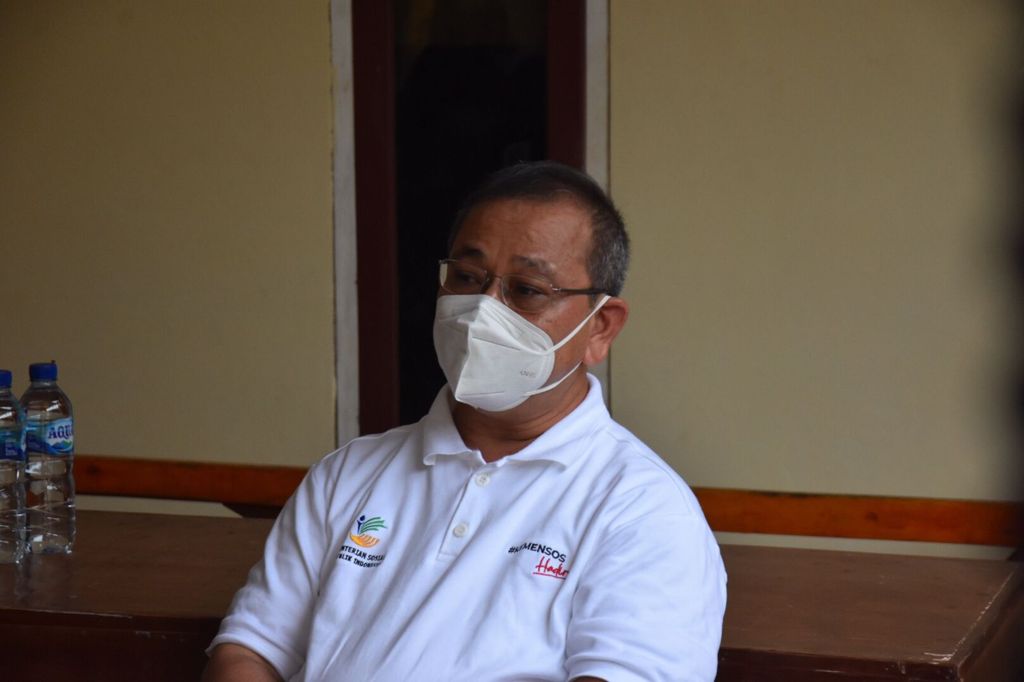 The activity was carried out to review the performance of e-Warong in implementing Sembako Program as well as the Potential and Sources of Social Welfare (PSKS), taking place in several areas including the South Tambun District and Setu District.

On that occasion, the Director General of PFM Asep Sasa Purnama was accompanied by the Bekasi Regency Social Service, represented by the Head of PFM, Nurlela, during the implementation of poverty alleviation programs that can run according to the 6T principles (Right Target, Right Time, Place in Quantity, Right Quality, and Right Administration).

The Director General of PFM also said that E-warong should sell rice and eggs to KPM according to the price set by the local Regency Trade and Industry Office (Bekasi Regency).

It was also conveyed, with the fulfillment of physical needs, spiritual needs, and social needs for KPMs, it is expected that social assistants and village/sub-district officials have productivity activities for KPMs and can take advantage of PSKS to build and improve the social functioning of KPMs, in addition to program synergies between government and the business world can support to increase the existing potential. "I hope that in the future there will be activities to increase the independence and potential of KPM as well as a medium for communication between KPMs to grow and develop their social functioning," said the Director General of PFM.

During this activity, a visit was also made to one of the KPM Sembako Program, namely Mrs. Samih located in Kertarahayu Village, Setu District, which has potential in the business field of making Gnetum Gnemon (melinjo) chips, in her business by processing melinjo raw materials with a capital of Rp. 16.000,-/2kg melinjo, it will produce chips of 1 Kg with a selling price of IDR 50,000 / kg so that she gets a profit of IDR 34,000, - so with this business, Mr.s Samih has an income of IDR 136,000 / week or IDR 544,000 / month.