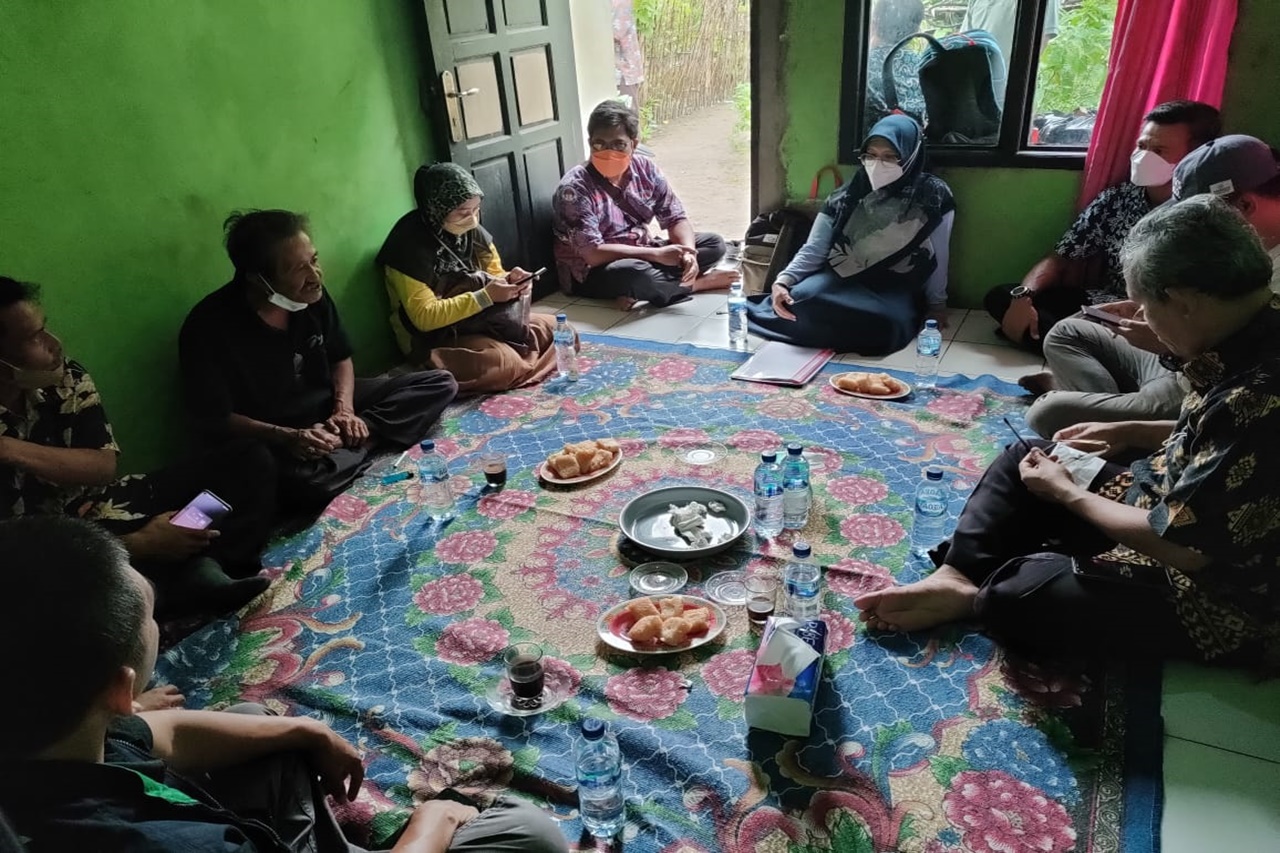 "O" got the attention of the Minister of Social Affairs, Tri Rismaharini after his case went viral in the mass media. Social Minister Risma immediately visited “O” at his residence on Friday (12/3/2021) and recommended that “O” receives Social Rehabilitation Assistance (ATENSI) services at Melati Center Jakarta accompanied by his grandfather.

Following up on the direction of the Minister of Social Affairs, the Head of the Jakarta Melati Center, Romal Uli Jaya Sinaga, directly led the pick-up of "O" and his grandfather on Sunday (12/5/2021) for further transportation to Melati Center. Romal stated that the residential ATENSI service was provided to restore psychological trauma due to physical violence experienced by “O” and optimize his growth and development.

“Residential ATENSI service for “O” is carried out to optimize his ability to communicate. We have carried out an assessment and “O” requires care and education to internalize positive values, because so far the practice of parenting has only been carried out by his grandfather”, said Romal.

For 40 days, “O” received treatment from social workers, social educators, psychologists, psychiatrists, consultant doctors, nurses, and also speech therapists. If initially "O" did not respond when asked to communicate, now "O" gives a positive response and opens himself to communicate even in Sundanese.

"We ensure that we will continue to collaborate with partners in the region. The upbringing and care of “O” and his grandfather is a shared responsibility. Families will be given the education to optimize their role in nurturing “O”, said Romal.

The Head of the Tegal Buleud Sub-district, Antono, expressed his appreciation for the Ministry of Social Affairs’ fast movement in providing services to its citizens who experienced acts of violence and viral cases.

"Thank you to the Minister of Social Affairs and her staff for providing the best service to our residents. We will form an integrated team to ensure that "O"'s rights are fulfilled and get the best care from his family," concluded Antono.
Also attending the "O" reunification process at his residence were the Social Office of Sukabumi Regency, Phala Martha Sukabumi Officer, Kahuripan Sukabumi Officer, Head of the Tegal Buleud Sector Police, Social Welfare Officer of Tegal Buleud District, and family representatives.