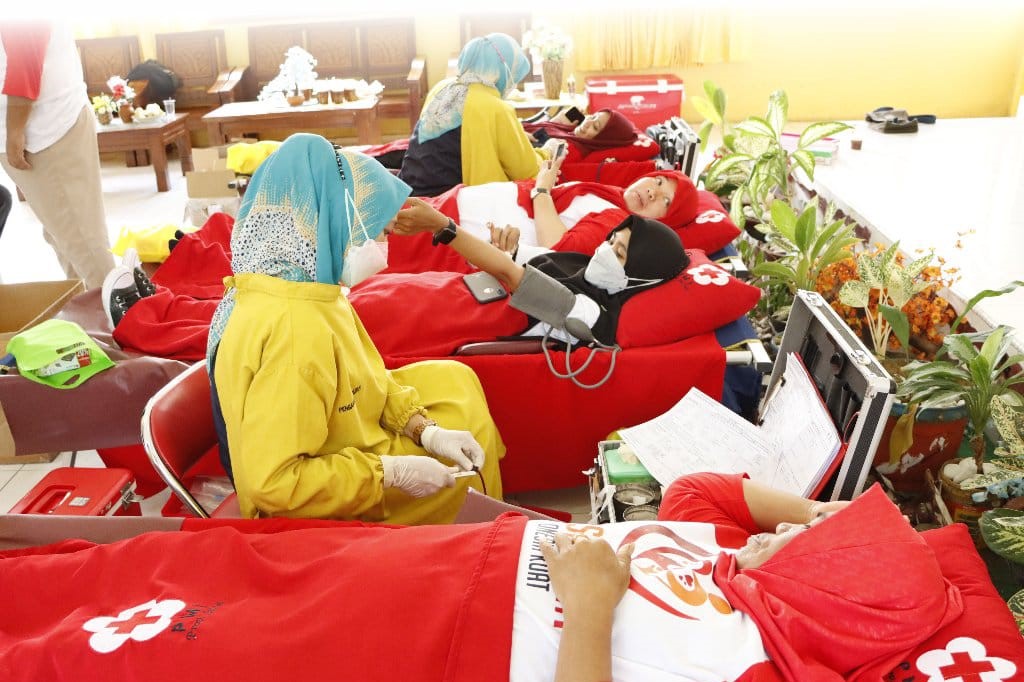 GOWA (May 24, 2022) - As a form of social concern for the high demand for blood supplies, the Minister of Social Affairs instructed his staff to take blood donation actions in a series of celebrations for the 26th National Elderly Day (HLUN) this year.

Gowa “Gau Mabaji” Center as one of the technical implementing units of the Ministry of Social Affairs in South Sulawesi in a network with the Red Cross (PMI) of South Sulawesi Province held a blood donation activity on Tuesday (24/5/2022) which was held in the Courtyard and Hall of the "Gau Center" Mabaji" Gowa.

In addition to blood donation, elderly gymnastics activities, health checks, and lung health promotions for the elderly and the general public are also carried out.

The activity was held with the support of the Indonesian Elderly Institute (LLI) South Sulawesi, Mega Reski University, Makassar Community Lung Health Center, and PMI South Sulawesi Province and was attended by the general public.

Eka Keswara the head of the organizer said that this activity was a campaign to raise the Blood Donor Movement to ensure the availability of blood and plasma as well as to conduct free health checks and consultations for the public.

The commemoration of the 26th National Elderly Day (HLUN) in 2022 carries the theme "Healthy Elderly, Strong Indonesia". The peak event will be held on May 29, 2022, in Tasikmalaya, West Java.