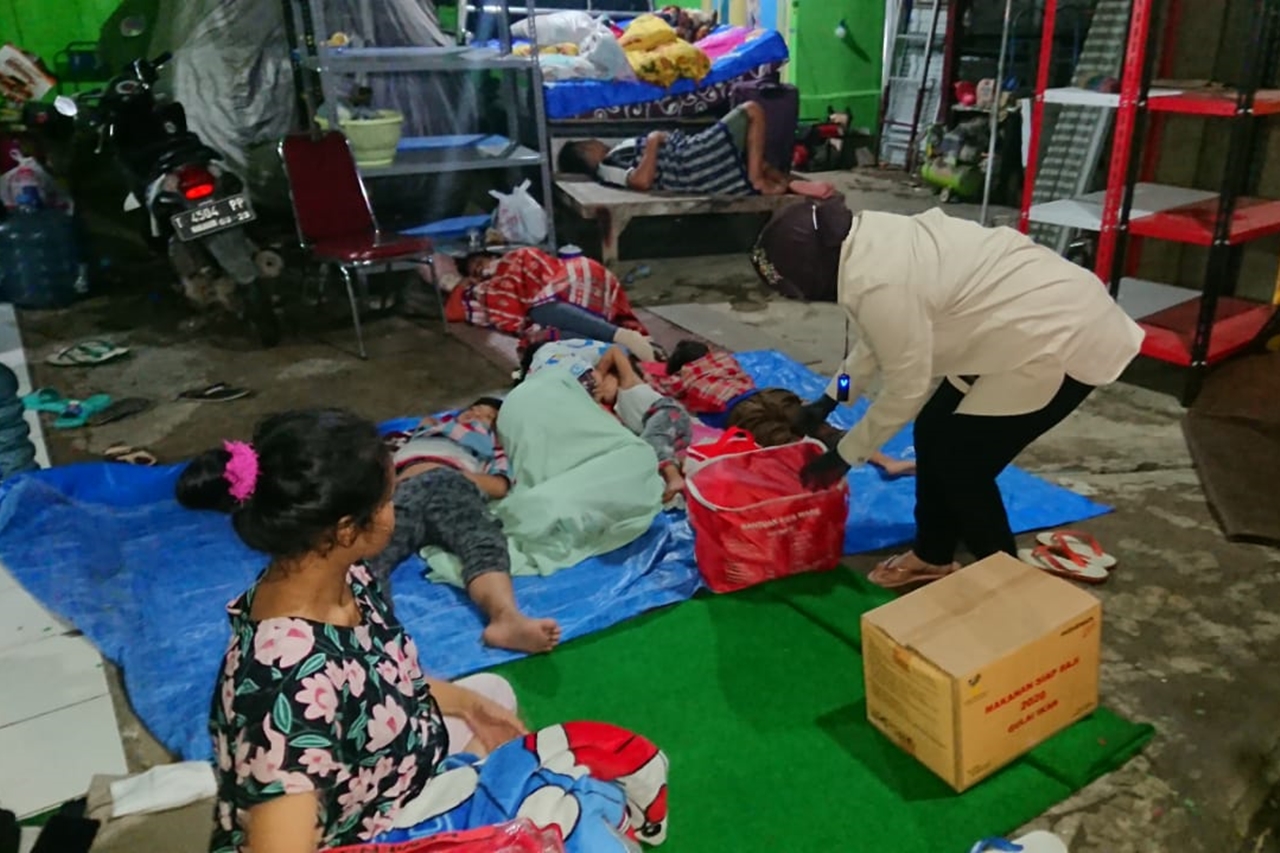 BEKASI (22 February 2021) - The Ministry of Social Affairs distributes logistics to flood victims in Pebayuran District, Bekasi Regency. The aid was handed over directly by the Minister of Social Affairs, Tri Rismaharini, to the Head of Pebayuran Sub-District, Nabrih Binin Saend, Monday (22/2).
The aid worth more than IDR 200 million was transported by two trucks directly from the Ministry of Social's warehouse in East Bekasi. It contains ready-to-eat food, children's food, blankets, mattresses, kids wear, and rolling tents.
To the Head of Pebayuran sub-district, Risma explained that there were rolling tents or multi-purpose tarpaulins that would be very useful for evacuees.
"Mr. District Chief, there are rolled tents like tarpaulin, they (the tents) have holes that can be attached to the rope to tie it to poles", said the Minister.
Risma also explained that rolled tents could also be used as pads. He invited the head of the sub-district to manage their use by himself.
On that occasion, Risma wearing flip-flops toured various evacuee camps to ensure that the evacuees’ needs were met.
Among those visited by Risma was the evacuee post at the Sumbersari Village Office, Pebayuran District. Here, she distributed ready-to-eat food to 50 evacuees.
"You don't need to cook this food, you just need to give water, there is a tool in it, you can eat it directly," said Risma to the evacuees.
Apart from the Sumbersari Village Office, an Evacuee Post was also established at SMAN 1 Pebayuran. Previously, the Ministry of Social Affairs also distributed logistics to flood victims in DKI Jakarta.
The aid was handed over directly by the Minister of Social Affairs, Saturday (20/2), in the form of 100 units of kids wear; 150 children's meals; 300 ready meals; 100 blankets; and 100 folding mattresses worth IDR 137,378,550.
Public Relations Bureau
Ministry of Social Affairs