Ministry of Social Affairs Instructs the Formation of Social Harmony 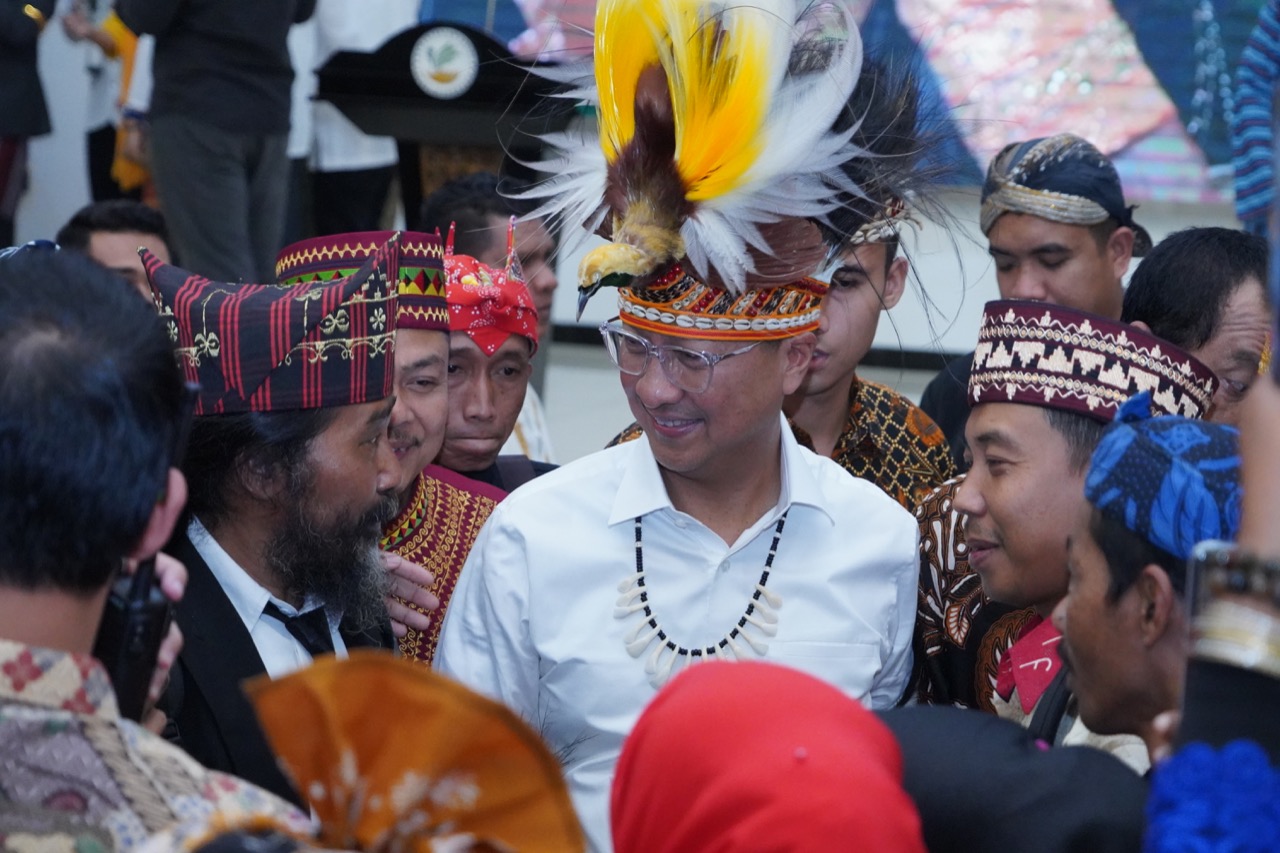 JAKARTA (6 September 2019) - Indonesian Minister of Social Affairs, Agus Gumiwang Kartasasmita, instructed all parties creating Social Harmony to safeguard and maintain the integrity of the Unitary State of the Republic of Indonesia (NKRI).

"Social Harmony is a social condition that guarantees the creation of social relations and interactions in societies which are dynamic, harmonious and balanced to live together peacefully based on equality, togetherness and true brotherhood,” said the Minister starting his greetings when opening the 2019 Social Harmony Technical Guidance in the Aneka Building Bhakti, Ministry of Social Affairs, Central Jakarta, Friday.

The Minister of Social Affairs who specifically wore the traditional Papuan clothes and crowns for this event said that Indonesian Nation had various tribes, religions, races, and groups which were priceless gifts from Allah SWT. Thus, we have to concern about these differences by maintaining and caring for properly.

"We are all one family, we are all Unitary State of Republic of Indonesia. Social Harmony carried out by the community in villages is the way we maintain the tolerance in the life of diversity," he said in front of the Bimtek participants.

He explained that the Ministry of Social Affairs, through the Directorate for Social Protection of Social Disaster Victims (PSKBS), has a Social Harmony program that is distributed to cities and regencies that are prone to social conflict or have the potential for social disharmony.

In 2019, he continued, the Ministry of Social Affairs had made a real activity dealing with Social Harmony in 250 locations prone to social conflict with a total budget of Rp 37.5 billions.

"The ultimate goal of Social Harmony activities is the realization of social resilience in the community in anticipating the potential for social vulnerability that occurs through the role of the Social Harmony Forum,” he explained.

The Social Harmony Forum is a power resource coming from village that is potentially becoming a pioneer of peace in which creating peace at the village level is its task and responsibility.

These tasks and responsibilities are carried out through various joint community activities such as facilitating peace dialogue, community service, mutual assistance and social assistance to the community.

The Social Harmony Forum also synergizes with village officials, security forces, and especially the local communities so that a community with social resilience can be realized.

An atmosphere of diversity

"The atmosphere is completely different and unique today. All participants wear traditional clothing. This is one of our efforts to preserve and appreciate our own traditions," he said.

The Minister of Social Affairs also praised the opening dances of the event that performed Yapen Dance coming from Papua. For him, the Papuan dance performed by the Swargaloka Art Studio from Jakarta is a form of brotherhood and tolerance.

Through the dance, the Minister of Social Affairs invited all parties to pray for those people in Papua who experienced social conflict that led to riots several time ago.

"Papua was once a peace and comfy place to go. To see it back to normal, nowadays the Government keeps making effort through a persuasive, humanitarian approach and, of course, in the commitment of the integrity of the Unitary State of Republic of Indonesia,” he stressed.