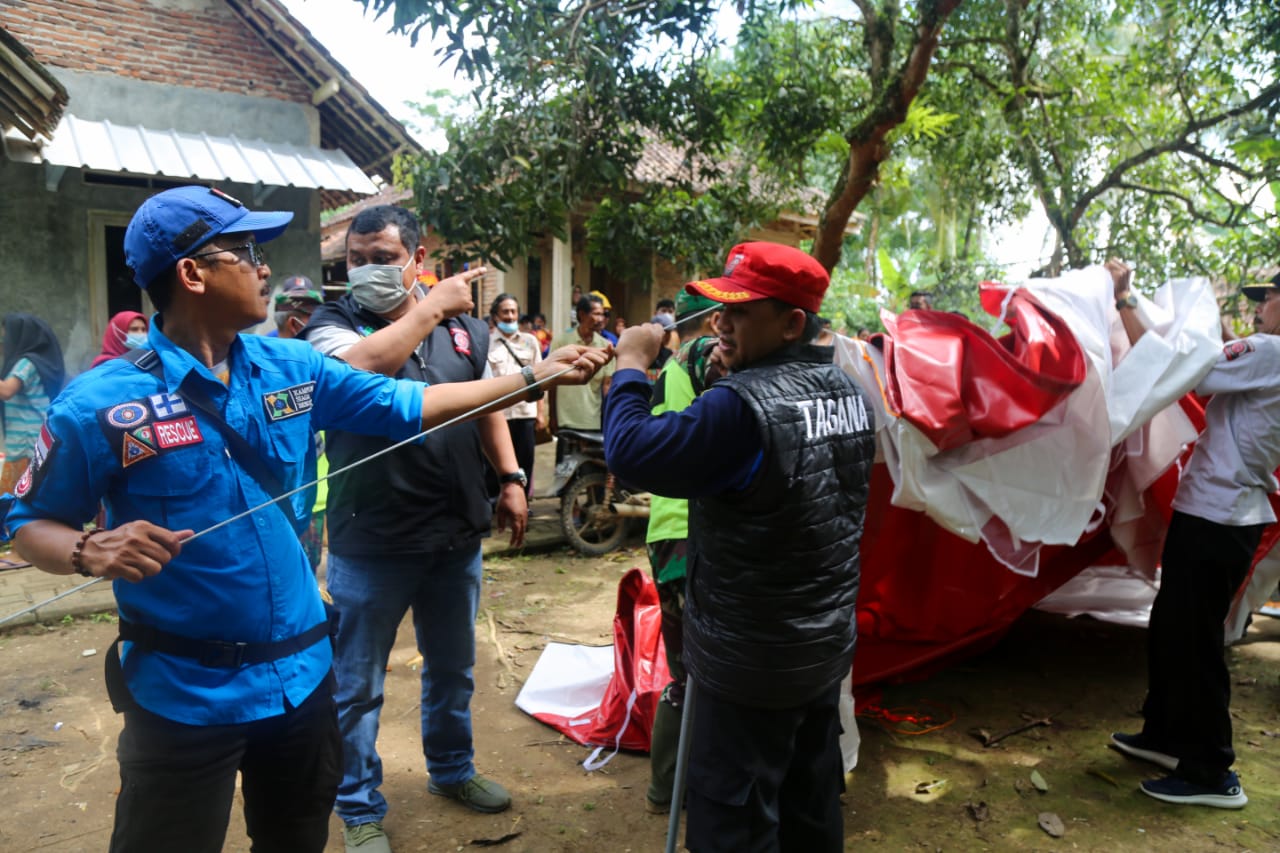 "We are here, from the Ministry of Social Affairs, under the direction of the Minister of Social Affairs, to review the locations affected by the earthquake in Munjul District. There is Camat, Danramil and all related parties," said Pepen in Pandeglang, Saturday (15/1).

To meet the basic needs of victims and to anticipate aftershocks, the Ministry of Social Affairs distributes various aids.

"We have seen that there are several houses that are in a badly damaged condition that can no longer be lived in. Meanwhile, others also have minor damage. Earlier, we have handed over some assistance, there are tents, blankets, mattresses, fast food, and some other assistance."

Pepen who was present with Acting. Director of Social Protection for Victims of Natural Disasters (PSKBA), Iyan Kusmadiyana said that he would record earthquake victims so that they could be included in the data on recipients of social assistance.

"In the future, we will cooperate with related elements, especially the construction of this house. Later, the Ministry of Social Affairs will record data for us to include in the recipients of social assistance," said Pepen.

In anticipation of aftershocks, the Ministry of Social Affairs has also set up family tents so that when aftershocks occur, the locations that will become places for residents to evacuate are ready to be occupied.

Based on data from the PSKBA Directorate, the Ministry of Social Affairs has distributed assistance in the form of 1,200 packages of ready-to-eat food, 100 boxes of bottled drinking water, 200 packages of blankets, 50 family tents, 300 rolled tents, 200 mattresses, 2 family multipurpose tents, 200 mattresses, 200 packs of baby diapers, 300 packs of sanitary napkins and 60 packs of kid ware.

As is known, Pandeglang Regency, Banten was rocked by an earthquake with a magnitude of 6.6 on the Richter Scale that occurred on Friday afternoon (14/1). The earthquake shock, which was centered at 7.21 South Latitude and 105.05 East Longitude at a depth of 40 kilometers, was felt strongly for 2-4 seconds in 11 locations in the western region of Java Island and South Sumatra Island.