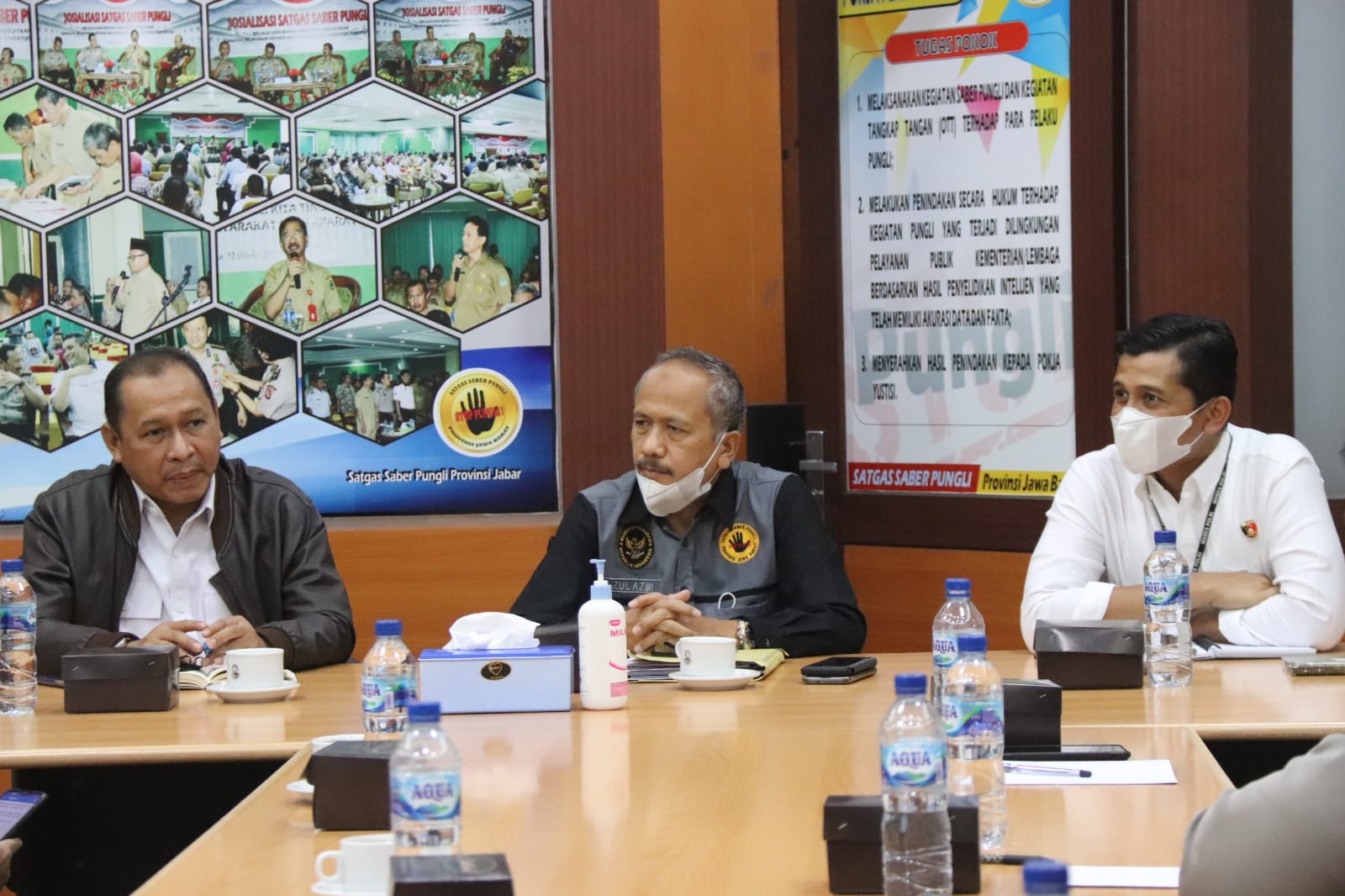 BANDUNG (August 14, 2021) – The Inspectorate General is currently investigating news published in an online newspaper about suspicions of fraudulent activities in BPNT distribution in West Bandung. The Inspector General, Dadang Iskandar, immediately responded to the allegations. The Inspector General who was also accompanied by the Head of the General Section of the Secretariat of the Inspectorate General, Osep Mulyani, visited the West Java Saber Pungli Office in the city of Bandung. This search was carried out intensively from 12 to 14 August 2021.

The arrival of the Inspector General was warmly welcomed by the West Java Saber Pungli Team and the National Police, Eka Mulyana who is an Investigator of Intermediate Crimes Bareskrim Polri said that the Ministry of Social Affairs was responsive, gave a good and supportive response to the smooth running of the POLRI's duties.

Zul Azmi as the Head of Saber Pungli Polda Jabar also said that the team Saber Pungli Jabar will carry out a case related to the allegation of findings of counterfeiting of BPNT rice quality in West Bandung Regency. After the case title is carried out, the decision on whether this case will enter the criminal realm or the realm of the administrative offense will be decided later.

"The Ministry of Social Affairs will collaborate comprehensively with the West Java Saber Pungli team. This step is our breakthrough as an effort to establish cooperation with the Saber Pungli team throughout Indonesia as a supervisory partner who will help oversee the accountability and transparency of the Ministry of Social Affairs' programs, especially social assistance," said Dadang at this meeting.