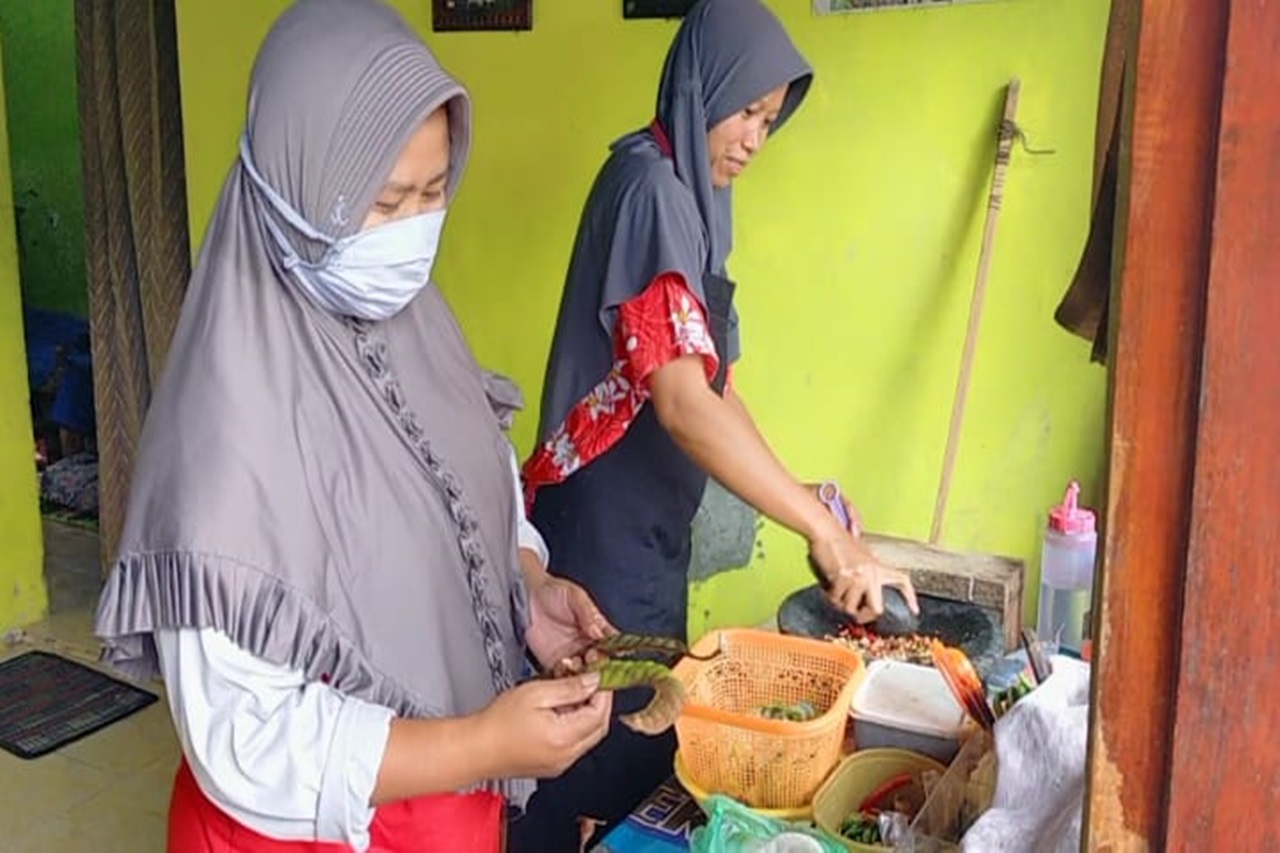 BREBES (March 2, 2021) - In the midst of a pandemic situation where everyone wants help from the government, the Beneficiary Family (KPM) of the Family Hope Program (PKH) from Brebes, Warsiti (37), actually stated that she had resigned from PKH membership. Currently, Warsiti is running her vegetable salad business.

"I am grateful that I have received a lot of assistance from the government. I decided to resign from PKH voluntarily, without coercion from anyone,” said Warsiti.

Warsiti still has two children who are in Senior High School (SMA) and Elementary School (SD). Daily, she relies on her income from selling fried snacks and fruit salad.

Since receiving PKH assistance in 2013, she has used the aid money to meet her children's educational needs. Part of the assistance is set aside for business capital to sell fried snacks and fruit salad. He started trying to sell fruit salad 4 years ago when her second son was in the first grade of elementary school.

After 8 years of being a PKH participant and experiencing the benefits, Warsiti said that she had a lot of experience and knowledge that she had never previously obtained. One of them is exchanging opinions with assistants and other KPM during the Family Capacity Building Meeting (P2K2).

This awakened Warsiti's awareness to resign from PKH because she felt that there were still many neighbors around her who had a lower economic level and deserved PKH assistance, but they were not as fortunate as she was who had received assistance, although she consciously admitted that she still needed this assistance.

Graduation is the failure to fulfill the criteria for participation and/or the improvement of a socio-economic condition, as evidenced by data updating activities. The three PKH KPM from Brebes are included in the independent prosperous graduation category. "Where KPM refuses assistance because they feel capable, do not want to depend on PKH social assistance anymore, and provide opportunities for other families. This is following the technical instructions for KPM PKH graduation, "said Dwi.