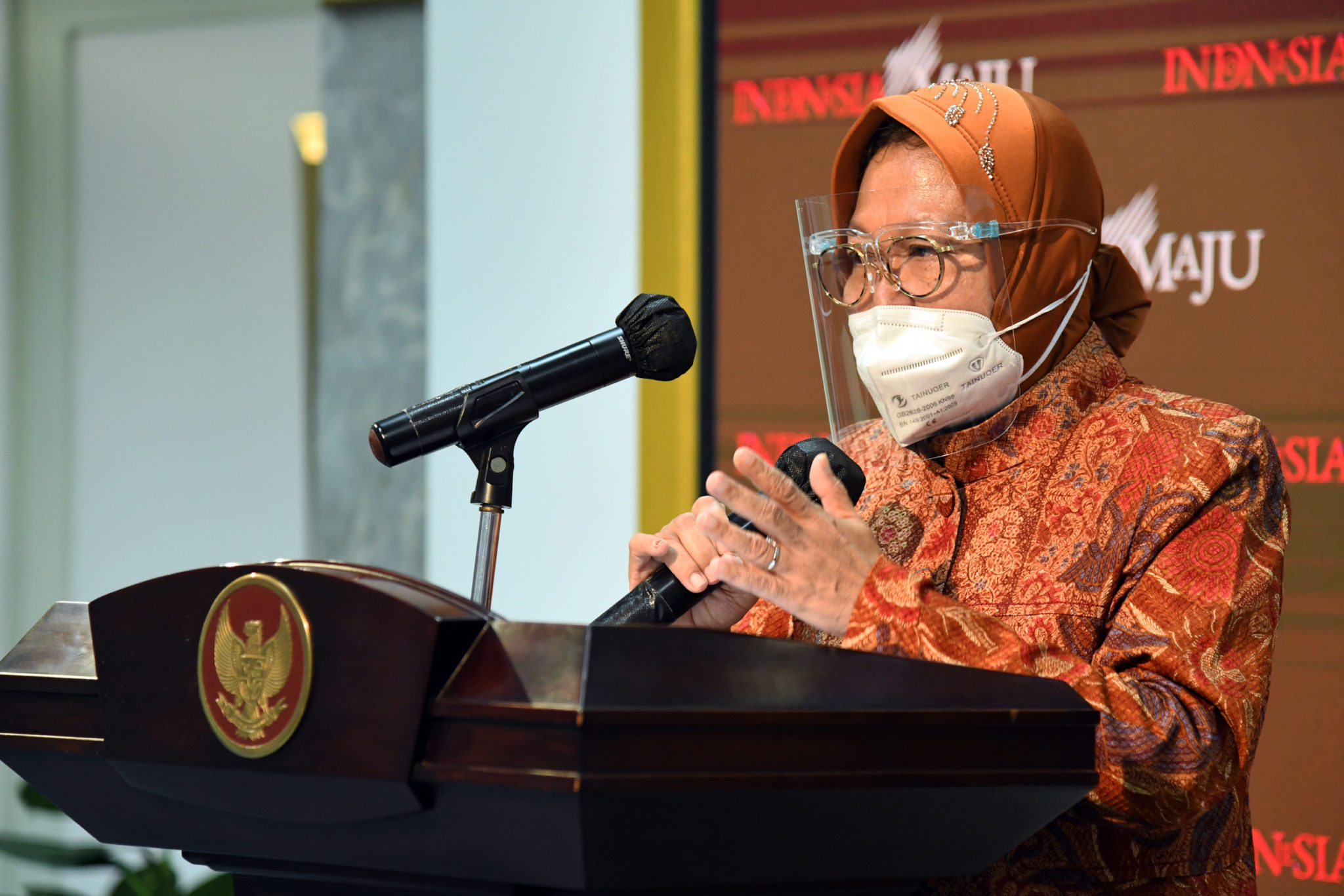 For that, Risma has instructed her staff at the Ministry of Social Affairs to work non-stop. This is to ensure that the three social assistance programs can be channelled simultaneously throughout Indonesia.

"We don't have a holiday. In accordance with the President's instructions, the first week of January this assistance can already be given to beneficiaries (KPM),” said Risma after attending a closed meeting at the State Palace (29/12). The limited meeting, which was chaired by President Joko Widodo and attended by Minister of Coordinating Ministry for Human Development and Culture (PMK) Muhadjir Effendy, discussed the plan to implement social assistance in 2021.

On that occasion, Risma stated that intensive coordination with the regions is taking place to finalize KPM data. The Ministry of Social Affairs is pushing data from the regional government so that it can be sent to the centre immediately. "The data must be returned to the central government by January 1," she said.

"For example, the basic food assistance is an average of Rp. 3.76 trillion per month. If divided by 514 districts / cities, there are approximately Rp. 60 billion in the regions. It revolves around fulfilment of food needs, basic necessities. So, it helps the economy in the regions so that it doesn't decline, "she said.

Risma targets, social assistance has been received by KPM starting January 4, 2021. "The Ministry of Social Affairs will cooperate with PT. Pos Indonesia distributed them on January 4. We hope that it can be completed in one week throughout Indonesia, "she said.

However, for outermost, remote and underdeveloped (3T) areas such as parts of Papua, the mechanism may be different. In 2021, the Ministry of Social Affairs will continue 3 social assistance programs, namely Basic Food Cards / Non-Cash Food Assistance (BPNT), Family Hope Program (PKH), and Cash Social Assistance (BST).

The Basic Food Card / BPNT program will reach 18.8 million KPM with an index of IDR 200 thousand / month / KPM, from January to December 2021. Cash Social Assistance (BST) in 2021 reaches 10 million KPM throughout Indonesia, including Jabodetabek. The distributor is PT. Posts with an aid index of IDR 300 thousand / KPM for 4 months, namely January, February, March, and April.

Next is PKH's social assistance program in 2021, there are 10 million beneficiaries and the distributor are Himbara (State Own Bank Association). Beneficiaries must fulfil components including pregnant women, early childhood, school children, persons with disabilities, and the elderly. "This will be given every 3 months namely January, April, July and October 2021.

Regarding the preparation for the distribution of social assistance, the government has paid special attention to its use. Risma reminded that aid should not be used to buy cigarettes. The government has prepared a tool that can monitor money spending.

In addition, a large and significant contribution is also evident from the high realization of the budget in the National Economic Recovery (PEN). From the PEN budget at the Ministry of Social Affairs amounting to IDR 127.208 trillion, the realization has reached 98.54% as of December 28, 2020.