Siti: Process of Distribution of BST is Easy 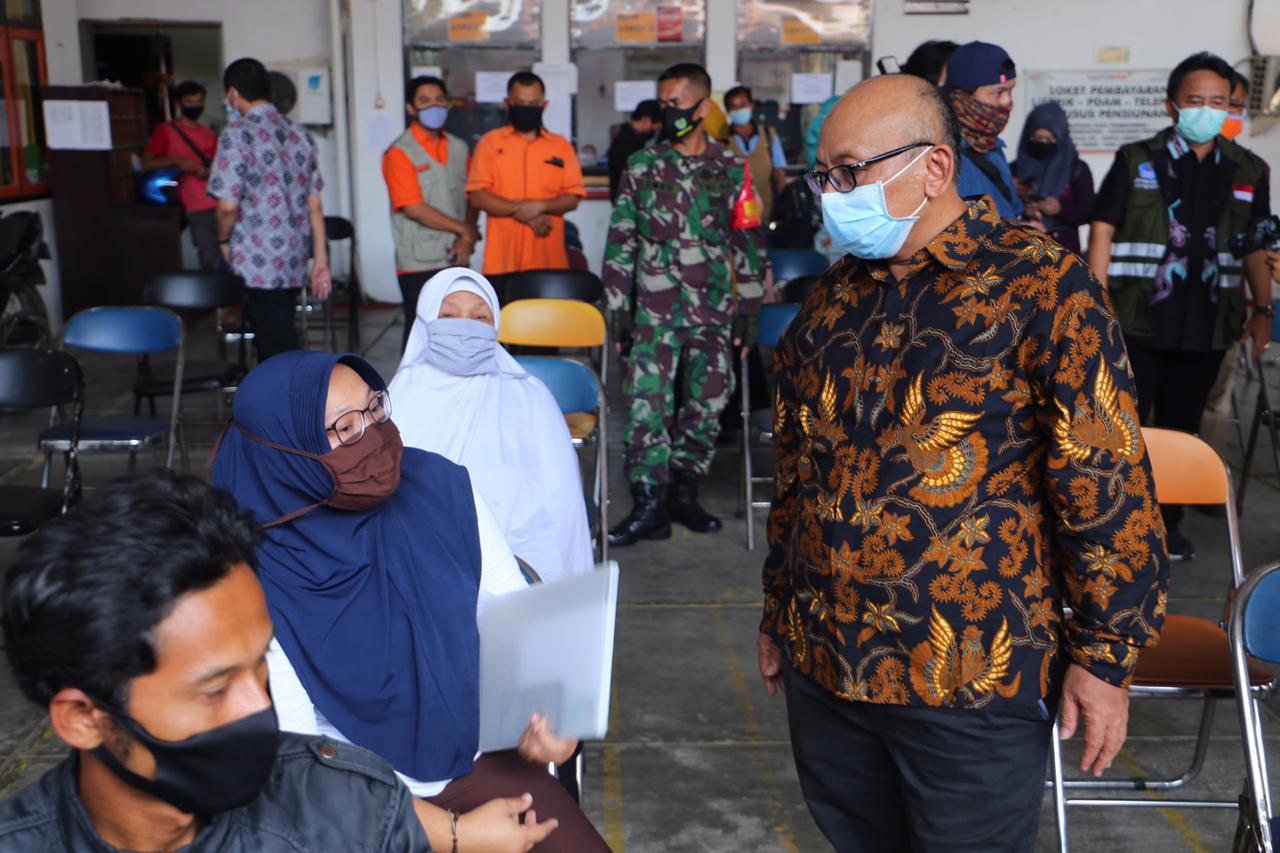 The ease of the distribution of these funds was felt by Siti Hasanah (92), one of the BST recipients, who mentioned that the process of collecting BST was very easy.

"We (KPM) only need to bring the original KTP / KK to take the BST," explained Siti.

Siti said she was happy with the convenience provided by the government through PT Pos Indonesia.

Responding to this, Director General of Social Empowerment Edi Suharto explained that this convenience was in line with the instruction of Mr. Jokowi and the Minister of Social Affairs that the government would serve the best service to facilitate the process of distribution of BST.

"We have a duty to serve the community, so don't be complicated. If the data is clear, then we give their rights, which is worth Rp. 600,000 every month for three months," continued Edi.

Edi also said he was happy to see the BST distribution process in Sumedang Regency which had been running according to the COVID-19 health protocol.

"Obviously with the health protocol established by the government. For example, by keeping a distance, always keeping clean, washing hands with running water, wearing masks when leaving the house and always implementing a healthy life," continued Edi Suharto.

Data from the Ministry of Social Affairs noted that as many as 50,873 Beneficiary Families (KPM) were targeted to receive BST in Sumedang Regency.

During his visit in Sumedang, Director General of Social Empowerment was accompanied by the Head of Sub-Directorate of Social Welfare Institution (LKS) of Directorate PSPKKM and the Head of Sub Directorate of Referral, Termination and Evaluation of Directorat PKAT. Regional Secretary of Sumedang Regency, Head of the District Inspectorate Post Office. Sumedang, and Head of Linjamsos Social Office for Women's Empowerment and Child Protection Sumedang also attended the event.

In the same place, the Head of Sumedang Central Post Office Diky Mulyana, explained that the distribution process had proceeded without problems and was considered capable of providing facilities for beneficiaries. Distribution can be done in 3 ways, namely through the Central Post Office, Post Office Post in the Village Office, and delivered directly to the beneficiary's house for certain cases. PT. Pos Indonesia still always accommodate all distribution processes starting from the Center, at the Village Office, until the delivery process to the beneficiaries’ home.

"If there are problems in receiving BST, people can submit their complaints to the social pillars of TKSK, Youth Organization, Community Participation and SLRT as well as Puskesos" explained Edi.

"Today we are trying to distribute all of them and we make sure that the people who get help are residents who really fit the criteria," Herman Suryatman added.