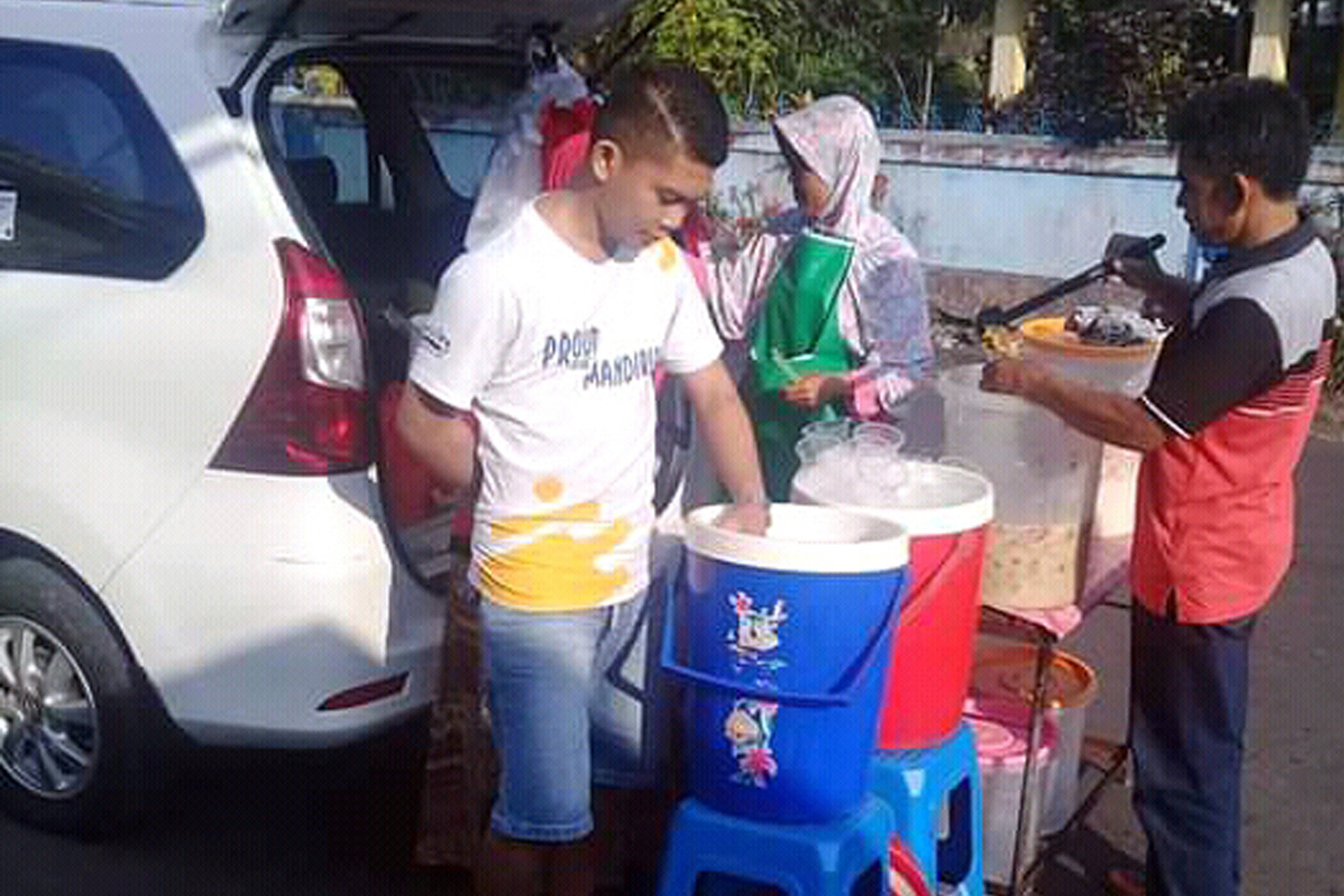 "Success is not owned by smart people, but success is owned by people who dare to make changes in their lives to be better," said a quote from BJ Habibie who became social capital for Iskandar, a person with a physical disability who is now an employee at an insurance company.
Since finishing school in high school in 2008, Iskandar, who is familiarly called Aldi, had experienced frustration. Imagine, as an orphan and the eldest of four siblings, Aldi could not force his mother to send him to higher education. Aldi had to give in because his mother, who served as the backbone of the family, certainly had a great burden to support her four children.
He has struggled in the past. His desire is very big to help his parents make a living. Therefore, Aldi decided to look for work, but even that was difficult because physical limitations became an obstacle to getting a job.
In addition, Aldi did not get family support, in fact he often got discrimination. It was this failure and dark period that precisely became a whip of Aldi's enthusiasm and motivation to keep trying.
"The process which carried out seriously will never betray the results," Aldi said at his workplace.
Until in 2012, Aldi decided to leave Palopo in South Sulawesi to migrate to Makassar. When he was in Makassar he tried several times to apply for a job, but was again rejected because of the physical limitations he was experiencing.
Aldi has also tried to join the Multi Level Marketing (MLM) business by selling herbal medicine products. He got many stories and life experiences while he was in the business. For instance, he was once driven by a security complex, was chased by a dog, even every day he had to travel tens of kilometers on foot to peddle sales. The whole process has been experienced by Aldi with all his heart.
Until finally, around 2013 ago, through his close family, Aldi got information about the existence of the Social Care Institution (PSBD) "Wirajaya" Makassar, now called the Social Rehabilitation Center for Persons with Physical Disabilities (BRSPDF) "Wirajaya" in Makassar.
When he first set foot in Wirajaya, Aldi felt that all this time his dreams and prayers had been answered. When he entered Wirajaya in 2013, Aldi underwent a two-year social rehabilitation process.
When excitement came, he received the sad news, because at the same time, his mother passed away. But thanks to the provision of social therapy to the maximum during the Social Rehabilitation at BRSPDF "Wirajaya", his confidence and enthusiasm for life reappeared.
All the trials felt by Aldi serve as dynamics that make him a strong person. Armed with enthusiasm, now he has a family and is blessed with two children consisting of a son and a daughter.
At present, aside from being an employee at an insurance company, Aldi has also opened a business selling es teler and fruit cocktail using his own car. His great life motivation from this 29-year-old male figure, can be seen from the principle of his life that is always grateful and full of enthusiasm in resisting limitations.