Strengthening the Capacity of Human Resources in Assisting PLWHA 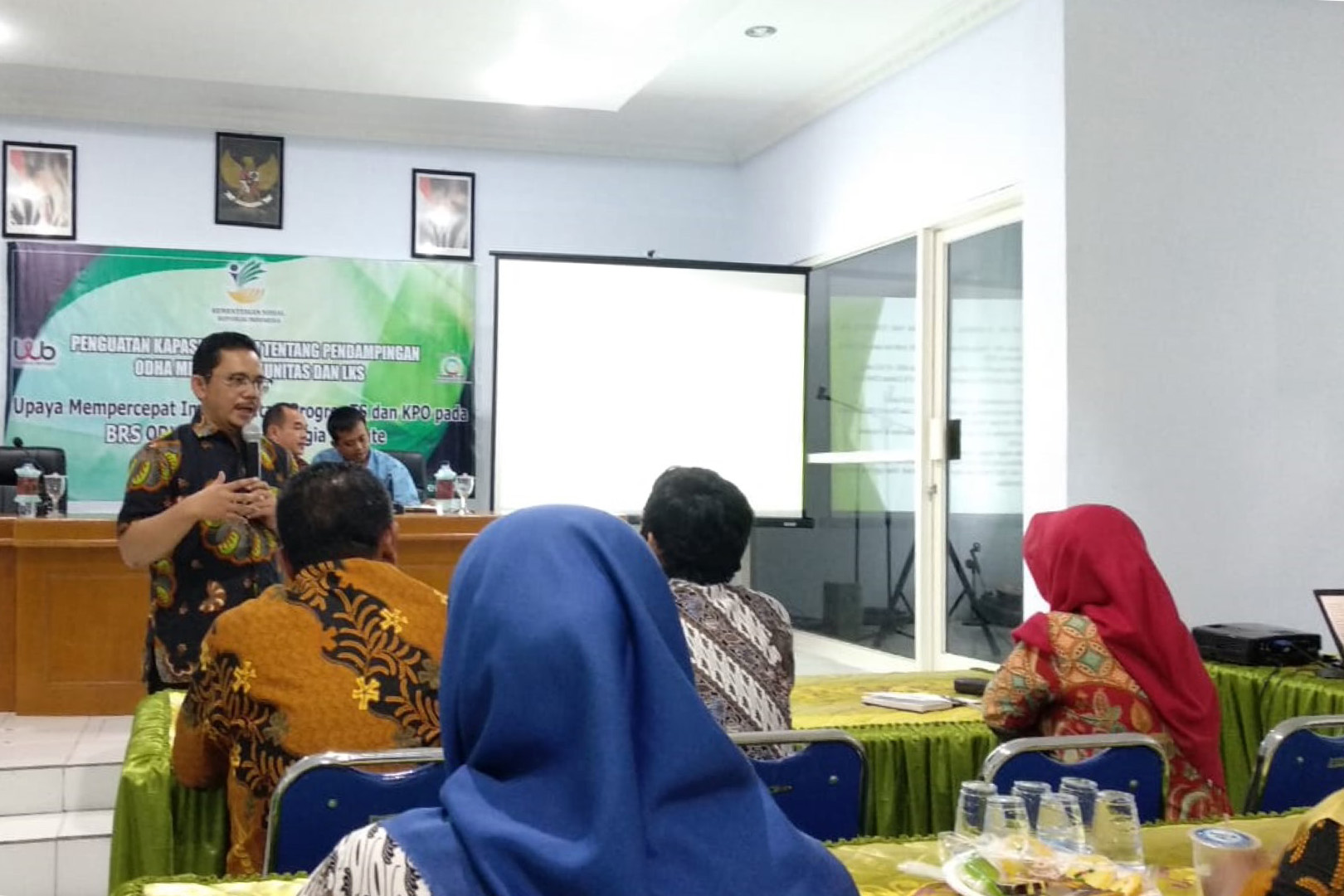 TERNATE (September 20, 2019) - The Social Rehabilitation Center for People Living with HIV/AIDS (BRSODH) "Wasana Bahagia" Ternate conducted a capacity building activity for Balai Officers with the theme "Mentoring PLWHA through PLHIV Community and Social Welfare Institutions". The activity carried out in the meeting hall was attended by 31 Balai employees.
In his direction, the Head of Balai, Udan Suheli stressed the NP Progress 5.0 paradigm in providing services to PLHIV.
"Providing services to PLWHA must be holistic, systematic and standardized," Udan explained.
It is expected that with this activity Balai officials who will later provide assistance to the community or the ODHA LKS have been equipped with qualified knowledge.
The speakers in this activity were Moch. Zaenal Hakim, Lecturer in Poltekesos Bandung. In his presentation he cited UNAIDS data in 2008 that the spread of HIV and AIDS in Indonesia was the fastest in Asia.
HIV AIDS cases have been reported in 433 of 514 districts / cities in 34 provinces. With a limited number of Balai, PLWHA LKS can be the spearhead in assisting PLWHA in the community.
"What remains is the role of the Balai to be able to prepare LKS in the aspects of carrying capacity (institutional, human resources, and funding), service process and preparation of guidelines for social rehabilitation service standards in the LKS later," concluded Zaenal.