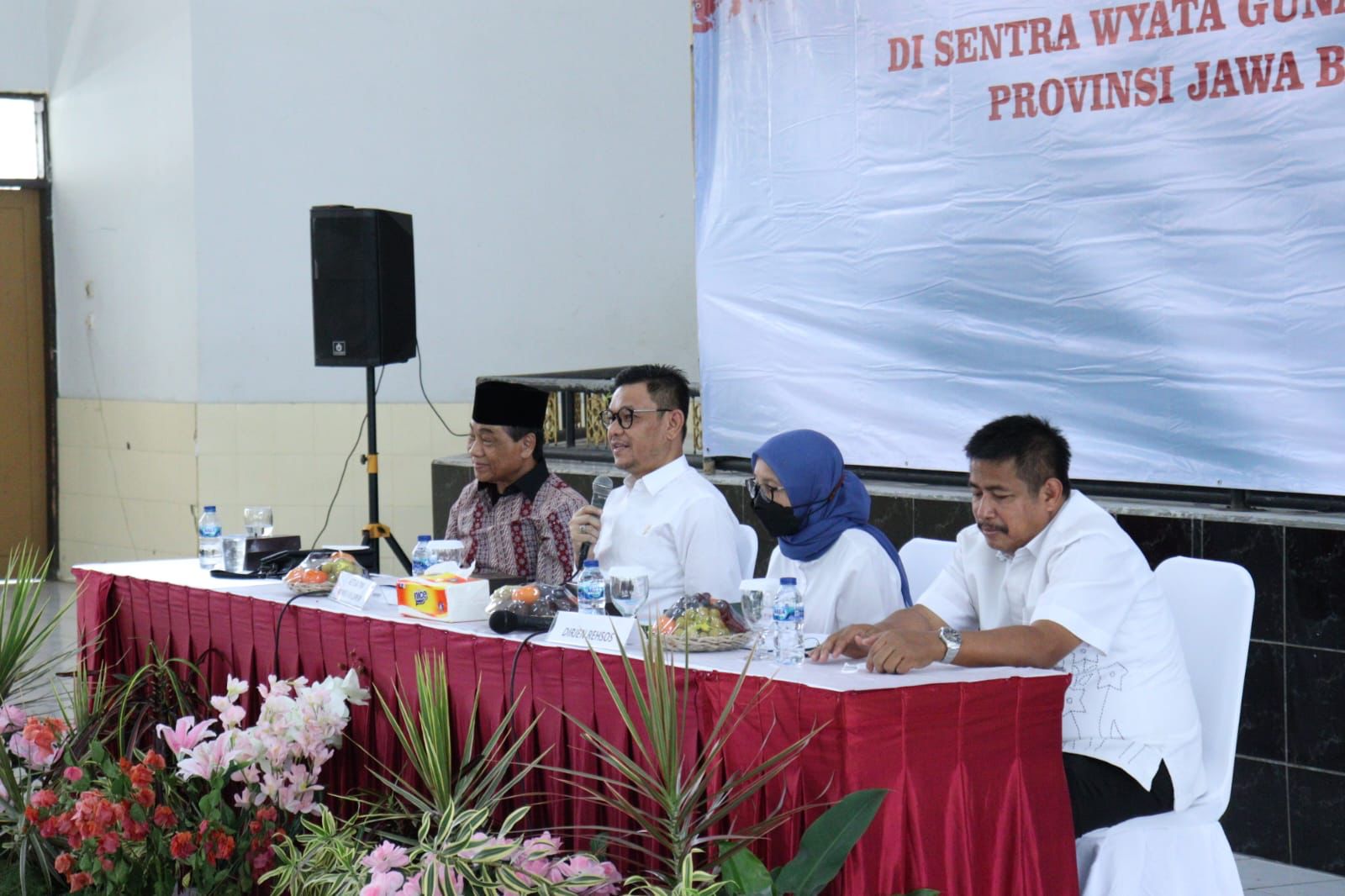 BANDUNG (26 September 2022) - Commission VIII of the Indonesian House of Representatives together with MoSA held a Working Visit and carried out FGD (Focus Group Discussion) activities in the context of sharing perceptions about the main arrangements in the Elderly Welfare Bill which took place at Wyata Guna Center Bandung, West Java.

This activity was opened by the Director of Child Social Rehabilitation, Kanya Eka Santi and the Head of Wyata Guna Center, Iri Sapria, and Commission VIII of the Indonesian House of Representatives, which was attended by Ace Hasan Sadzily, as Deputy Chair of Commission VIII as well as Team Leader and Members.

One of the objectives of this activity is to absorb the aspirations of the community and figures and experts related to the Elderly Welfare Bill and obtain primary data, one of which is from Wyata Guna Center, Bandung, West Java Province.

This is in line with what the Deputy Chairperson of Commission VIII Ace said, "in this visit, there were many things that became the input for us, especially the conceptual about the elderly, what are the maintenance, how to implement the welfare of the elderly, how to handle the elderly, especially in West Java," he said

Added by Hasan Basri, Member of Golkar Jambi “According to him, everyone who has parents would want to take care of parents. However, in some situations there are elderly who are accountable to the government/state so that houses that care for the elderly also need to be reminded so that they can get BLT to ease financing for the welfare of the elderly,” Hasan added

The existence of the elderly group so far is still able to contribute to development, but on the other hand, many need assistance to meet basic needs and several other social services. For this reason, it is also necessary to consider the age limit for the elderly.

At this time we are entering a period of the aging population where the elderly in Indonesia is increasing every year, the number is around 11.3% of the total population in Indonesia based on statistical data in 2020. It is estimated that in 2035 it will be 48.2 million people. “Of course, there must be adjustments to these conditions. So it is hoped that through this bill it will become a legal standing for the service process for the elderly, which must be revised both from a philosophical, juridical, and sociological aspect," said Ace.