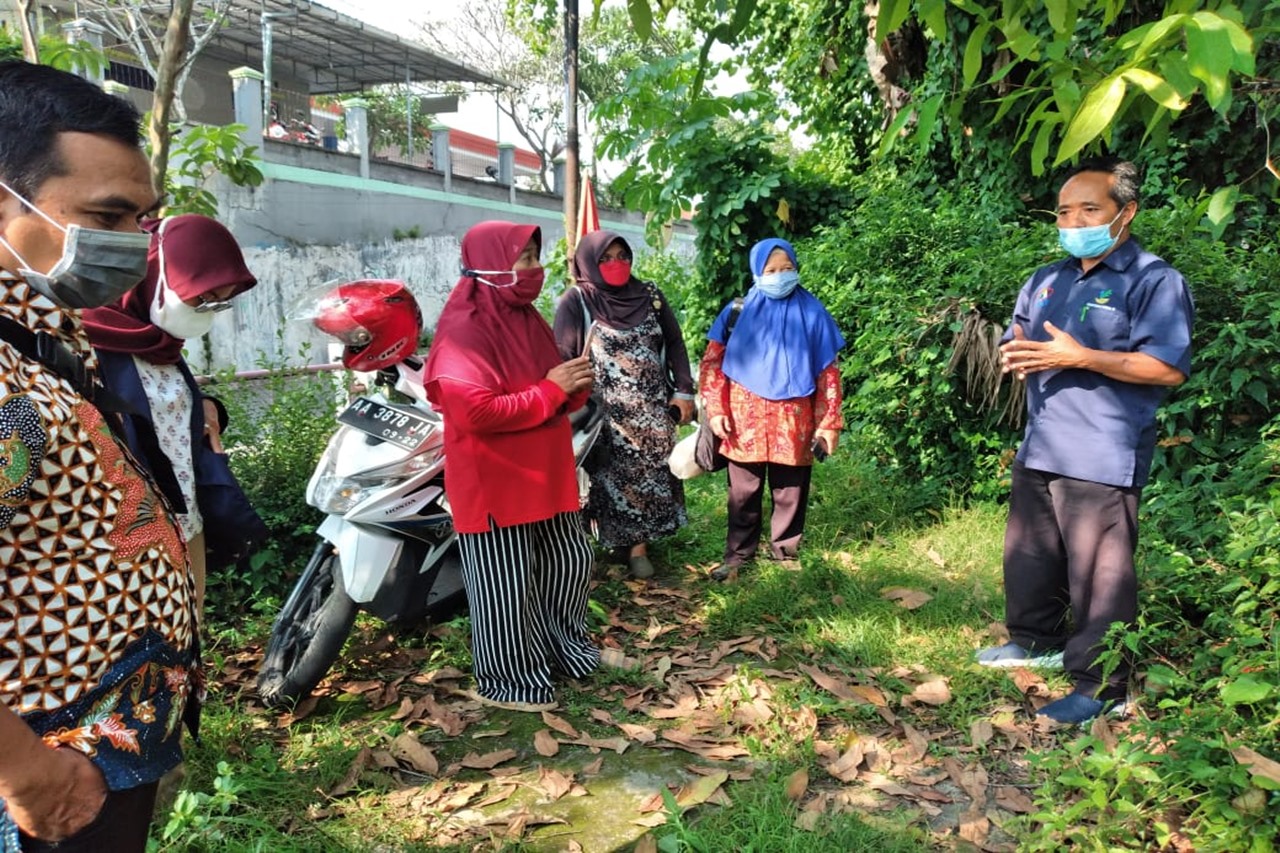 Kartini Center responded and followed up on this complaint by sending its team to Magelang. Together with the Magelang City Social Service, the Kartini Center Case Response team immediately assessed to find out the most pressing needs for Mbah Agung.

Mbah Agung, who had been living alone without any relatives, was often sick, so he was unable to fulfill his daily needs. It's been a year now to meet his daily needs, he only relies on the mercy of his neighbors who care about his condition.

The Case Response Team from the Kartini Center moved quickly to coordinate with the Magelang City Social Service to provide handling in the form of temporary relocation or evacuation of Mbah Agung to the Kartini Temanggung Center. This evacuation Kartini Center aimed for Mbah Agung to get better treatment and care. Meanwhile, the house was cleaned and repaired again and efforts were made to obtain the Uninhabitable House Rehabilitation Program which was being pursued by the Magelang City Social Service Office.

This case response activity is a form of the presence of the Ministry of Social Affairs through the ATENSI Program implemented by Kartini Center by helping to solve the problems of the elderly to get better services. The Community Social Worker (PSM) of Cacaban Village, Maria Mudrikah, said that the Village had wanted to fix Mbah Agung's house for a long time but was having problems with moving Mbah Agung.

“I would like to thank the Kartini Temanggung Center for helping Mbah Agung. And as long as he is in Kartini Center, the Sub District officials together with residents will repair the house," said Maria Mudrikah.
Meanwhile, the Social Service Office of Magelang City, represented by Junior Social Counselor Hesti Ambar Pratikyo, expressed his gratitude for the quick response from the Kartini Center to deal with the problems experienced by Mbah Agung. Of course, the Social Service will also try to find the best alternative service for Mbah Agung after receiving treatment and care at the Kartini Temanggung Center.
"The Social Service will offer Mbah Agung to be willing to live in a government-owned elderly home, so that Mbah Agung no longer needs to think about his daily needs and can enjoy his old age," concluded Ambar Pratikyo.