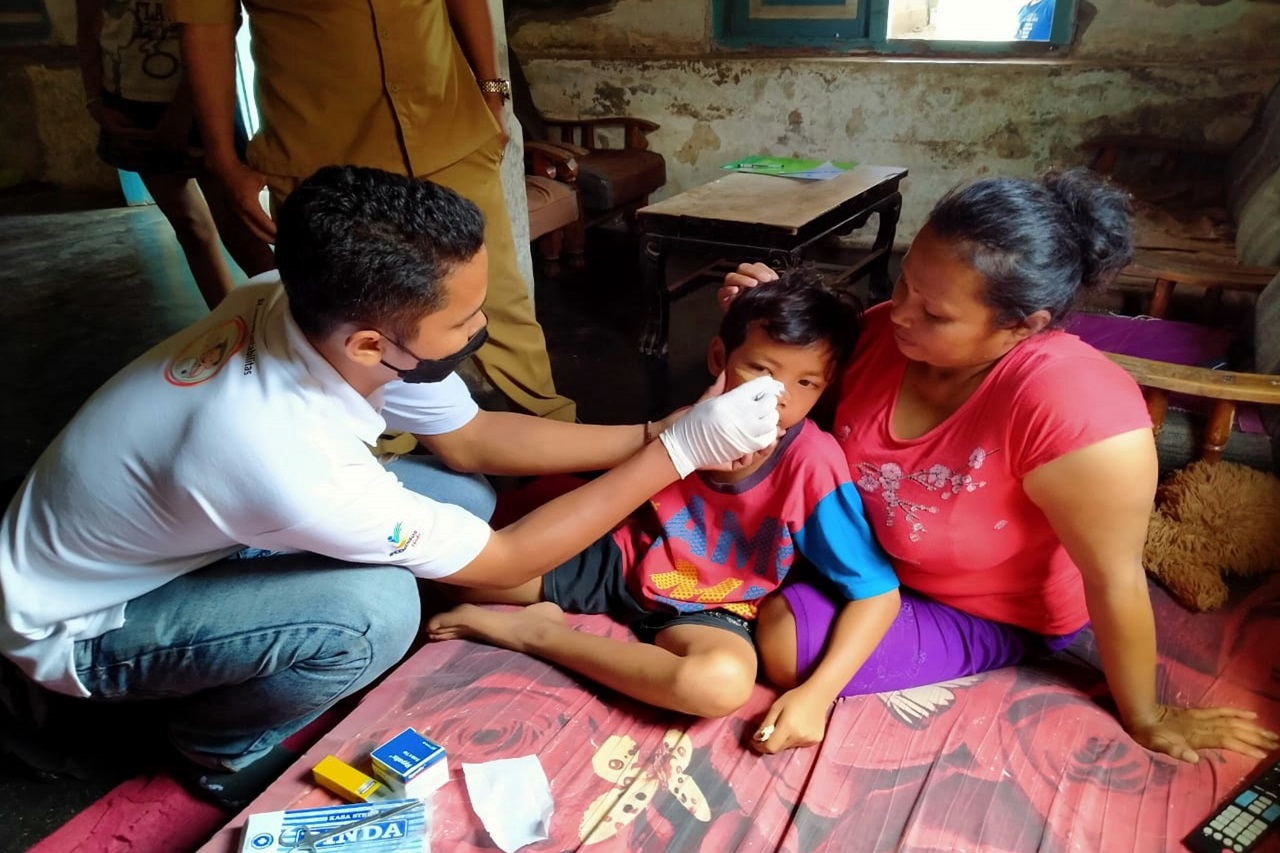 MALANG (April 13, 2021) - The Ministry of Social Affairs through the Children's Center "Antasena" in Magelang assists in the form of meeting the basic needs of children affected by the earthquake in Talok Village, Turen District, Malang Regency. Fulfillment of the basic needs provided is the treatment of torn wounds on the face due to being hit by building materials, nutrition-enhancing food and beverage, and school equipment. The team consisting of Social Workers, Mental Advisors, and nurses also provided psychosocial assistance to the victims' families.

Following the direction of the Minister of Social Affairs, Tri Rismaharini that the Balai Besar / Balai / Loka (Center) must respond quickly to social problems found in the community, therefore the Children's Center "Antasena" sent an LDP Team to provide psychosocial assistance and meet the basic needs of earthquake victims in Malang, which is an implementation of Social Rehabilitation Assistance Program or ATENSI.

"The Center must move quickly so that children can be handled both medically and psychologically," said Kristin Anita Sufiani, the Junior Social Worker of the "Antasena" Children's Center representing the Head of the Center.

Fathan Danu Riswanda (10 years) is a resident of Talok Village, Turen Subdistrict, Malang Regency who was one of the victims of the earthquake disaster and suffered an injury near his nose due to being hit by a tile during the earthquake so he had to get 4 stitches on the wound. The child was still in pain, so the medical team from the Children's Center "Antasena" provided nursing care and education about first aid to the child's parents.

When the team from the "Antasena" Children's Center came to the child, the wound still looked swollen, and still felt pain and dizziness. Fathan expressed his hope that he wanted to get well soon so he could play as usual.

One of the village officials, Gozali, the local Head (Kaur) of People's Welfare, Talok Village, said that children should receive serious treatment and get medical treatment free because they come from poor households. Meanwhile, Fathan's mother, Trinaning Tyas, hopes that her child will get well soon and make it easier for her to treat her child.