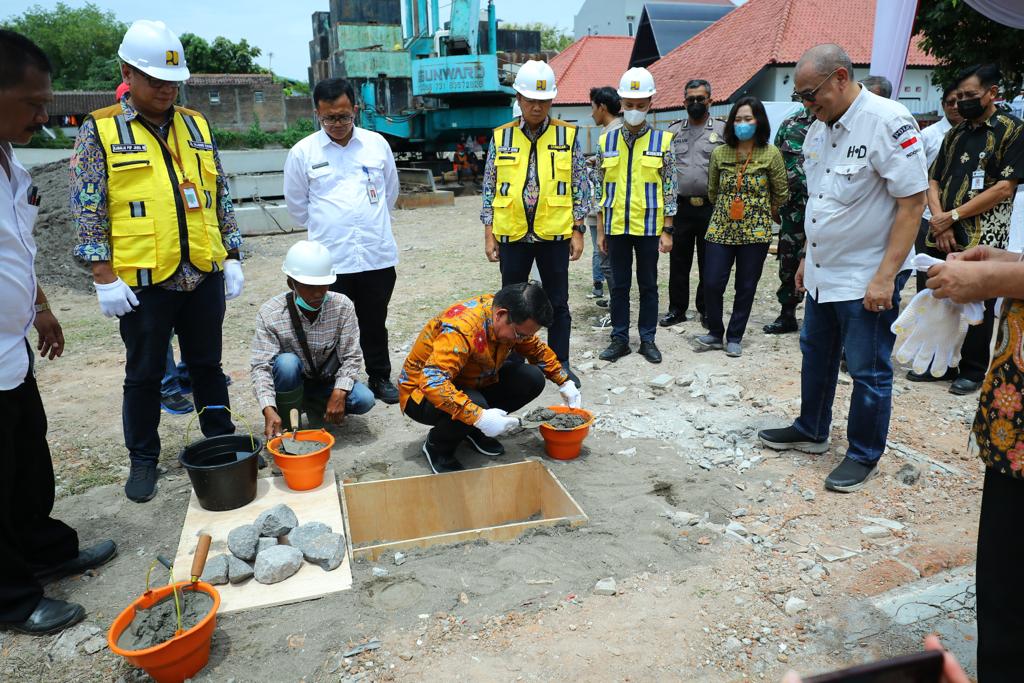 SURAKARTA (2 November 2022) - The Ministry of Social Affairs and the Ministry of Public Works and Public Housing (Kemen PUPR) have resumed their cooperation in building the flat on Jl. Adi Sucipto 41, Kerten Surakarta by carrying out the groundbreaking / laying the first stone for the construction of the flat.

The flat is designed and will be built as high as five floors with 62 residential units with a capacity of approximately 100 people.

Secretary of the Directorate General of Social Rehabilitation, Salahuddin Yahya welcomed the progress of the construction of the flat.

Yahya said that the presence of this tower has essential meaning because it is a symbol of the presence of the state in maintaining and providing a decent standard of living for poor citizens. Yahya reiterated that this flat was built to accommodate various Social Welfare Service Recipients (PPKS). Therefore, besides having good buildings, accessibility for persons with disabilities must also be good.

Meanwhile, the Head of the Java III Housing Provision Implementing Agency, Salahuddin Rasyidi, is paying close attention so that the synergy of the parties continues during the construction of this Flat. The construction of the flats started on September 28, 2022, and will be completed on June 24, 2023.

Because of that, Rasyidi emphasized especially to the Consultants and Implementing Contractors to maintain work professionalism, maintain the quality of work, and complete work on time.