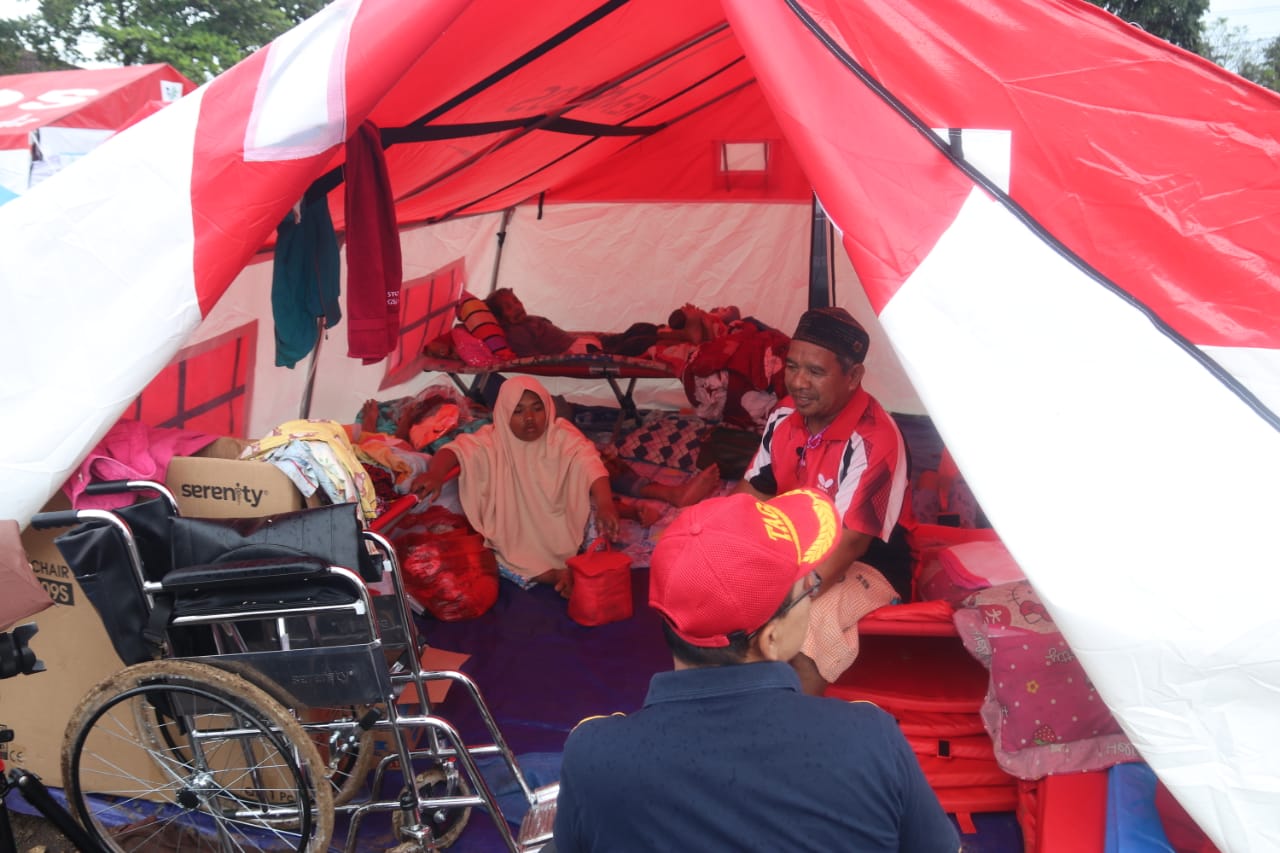 CIANJUR (November 27, 2022) - The Ministry of Social Affairs paid special attention to vulnerable groups affected by the earthquake that hit Cianjur some time ago.

"They get social rehabilitation services, especially for psychosocial support services and also support services for people with disabilities and the elderly, including children who need special services, for example, assistance with assistive devices," said the Head of Integrated Center “Kartini” Rachmat Koesnadi in Cianjur (26/11).

Until the seventh day after the earthquake, the Ministry of Social Affairs had distributed aid in the form of 25 wheelchairs, 6 tripods, and 1 crutch which were handed over to the beneficiaries according to the results of the assessment carried out by the officers.

One of the survivors, Kusmana (38), said that when the earthquake occurred, he was drinking, and apparently, there was a vibration. His father Furkon (83) had a stroke which made it difficult for him to do activities, and his mother Eti (73) has been blind since five years ago due to diabetes.

"Yes, I panicked too, I immediately went out in a panic, you couldn't see (the blind), you were sick, coughing when you came here, you immediately had a fever," said Furkon when met at the Jagakarsa Cianjur field evacuation tent (27/11).

Furkon, who occupies one of the family tents in the evacuation center, received wheelchair assistance from the Kartini Temanggung Integrated Center to facilitate the mobility of his parents.

"Wheelchair facility assistance has been received, for you to go to the toilet. Thank God it's helped," he said while showing the condition of his parents who were lying on the veldbed.

He also praised the service from the Ministry of Social Affairs to the survivors, "Thank God, thank Minister, I thank the volunteers, everything is fine and the food is good, thank God. If I stay here, my mother will be in good health, with the medicines and the service, thank God," she concluded.

As is known, an earthquake with a magnitude of 5.6 occurred in Cianjur, West Java (21/11) destroyed buildings, and claimed many lives.