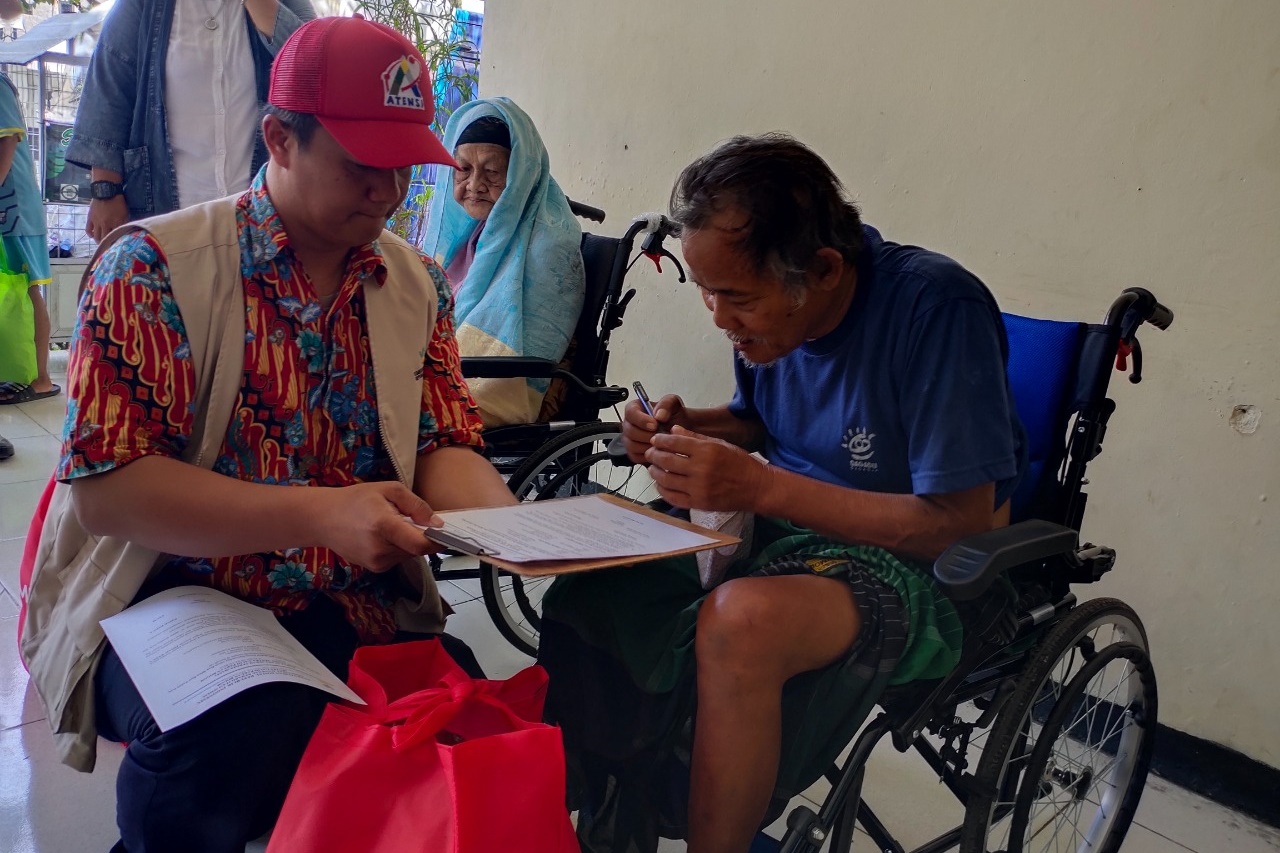 BOGOR (November 26, 2022) - The Ministry of Social Affairs through Galih Pakuan Center Bogor has again distributed ATENSI assistance to fulfill basic needs in the form of food packages and nutrition. This time it is not only for the elderly both in the community and at LKS, but also for victims of drug abuse who are in 5 Obligatory Report Recipient Institutions (IPWL).

The head of LKS Basama, Muhawalahtul Baedoa welcomed this assistance. "Thank God, the elderly are very happy with this assistance. Thank you very much to the Ministry of Social Affairs, and to Galih Pakuan Center. This assistance is very useful for them because they need it," said Muhawalahtul shortly after the aid distribution activity was completed.

Apart from the LKS, around 232 elderly spread across 35 sub-districts in Bogor Regency also received ATENSI assistance, with several packages of nutritional basic foods.

Some beneficiaries who received residential and family-based ATENSI services in the 5 IPWLs said they were happy to be part of the recipients of ATENSI assistance from MoSA.

The total assistance provided by Galih Pakuan Center Bogor is IDR 1,070,339,175. This assistance was provided to 627 elderly and 224 beneficiaries of drug abuse victims in Bogor Regency.